We can thank Abraham Lincoln for some of the most momentous events and acts in our country's history.

Our 16th president had the unenviable task of being Commander in Chief during the Civil War. During that terrible period, he came under Confederate fire at the Battle of Fort Stevens, becoming the second and last sitting president to be in involved in a war.

He also made sure that the divided America knew that a higher cause was at stake in the brutal war.

Lincoln issued the Emancipation Proclamation on Jan. 1, 1863, declaring that slaves within the Confederacy were forever free.

On Nov. 19 of that same year he reminded listeners at Gettysburg and all of us now that our country's bloodiest war was not fought in vain:

That this nation, under God, shall have a new birth of freedom and that government of the people, by the people, for the people, shall not perish from the earth.

Thanksgiving proclamation: But about six weeks before giving his most memorable speech, Lincoln also created an event that is still part of every American's life.

On Oct. 3, 1863, Lincoln issued a proclamation that established our national day every November of Thanksgiving. 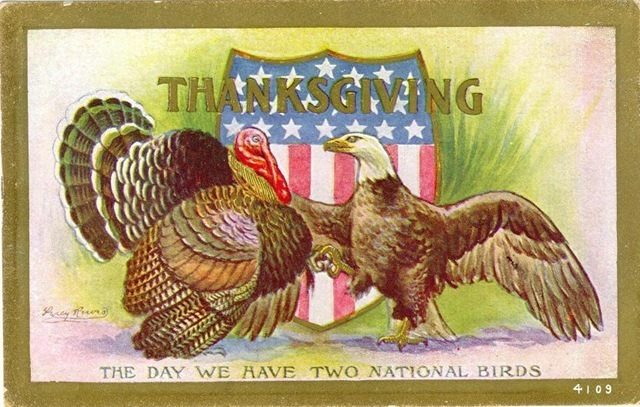 Lincoln's declaration of a shared, fixed day of national thanks was prompted by Sarah Josepha Hale, a 74-year-old magazine editor. Hale wrote Lincoln on Sept. 28, 1863, urging him to establish the day; at that time each state scheduled its own Thanksgiving holiday at different times.

Lincoln agreed. His proclamation cites the "gracious gifts of the Most High God" that "should be solemnly, reverently and gratefully acknowledged as with one heart and one voice by the whole American People."

"I do therefore invite my fellow citizens in every part of the United States, and also those who are at sea and those who are sojourning in foreign lands, to set apart and observe the last Thursday of November next, as a day of Thanksgiving and Praise to our beneficent Father who dwelleth in the Heavens," the president declared.

Tweaks of the holiday's date were made over the years. Eventually, Thanksgiving was set as the fourth Thursday of November.

And taxes, too: There's one thing, though, that probably won't be mentioned in the saying of grace over most Thanksgiving (or other) dinners, the income tax.

We can thank Lincoln for that, too.

The first U.S. personal income tax was created on Aug. 5, 1861, when the Revenue Act of 1861 became law thanks to Lincoln's signature.

That 3 percent tax on earnings of more than $800 was created to help pay for the Civil War. However, taxes weren't actually collected until the next year, when the bill was officially signed into law by Lincoln.

Just a tidbit you can toss out there if the Turkey Day conversation starts to flag.