One of the most-hallowed tax breaks for ministers has been struck down by a federal judge.

Judge Barbara Crabb of the United States District Court for the Western District of Wisconsin ruled on Nov. 21 that the parsonage allowance is unconstitutional.

She also issued an injunction discontinuing the tax code section.

Don't panic, ministers et al. Your tax bills aren't going up just yet. Crabb stayed her ruling until the conclusion of any appeals, which is standard legal operating procedure.

Housing allowance tax history: The housing allowance is an amount designated by a church -- any church, despite the Protestant-sounding term parsonage -- for its clergy to cover the expenses of providing and maintaining a home. 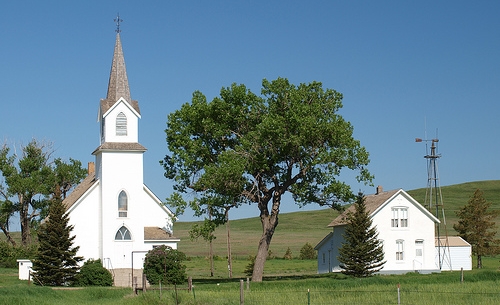 It wasn't necessarily the dollars that attracted opponents' attention. It was the fairness -- that word gets tacked on to tax arguments an awful lot -- or rather the unfairness of the law.

One of FFRF's arguments against the housing allowance was that it favors religious organizations because the tax perk is not allowed for other secular nonprofits.

"I conclude that § 107(2) violates the establishment clause … because the exemption provides a benefit to religious persons and no one else, even though doing so is not necessary to alleviate a special burden on religious exercise," wrote Crabb.

Crabb's constitutional concerns: The basic problem with the law, Crabb said in her ruling, "is that it violates the well-established principle under the First Amendment that '[a]bsent the most unusual circumstances, one's religion ought not affect one's legal rights or duties or benefits.'"

"Because a primary function of a 'minister of the gospel' is to disseminate a religious message, a tax exemption provided only to ministers results in preferential treatment for religious messages over secular ones.

Although it is undoubtedly true that taxes impose a burden on ministers, the same is true for all taxpayers. Defendants do not identify any reason why a requirement on ministers to pay taxes on a housing allowance is more burdensome for them than for the many millions of others who must pay taxes on income used for housing expenses."

And anticipating objections to her legal opinion, Crabb noted, "Some might view a rule against preferential treatment as exhibiting hostility toward religion, but equality should never be mistaken for hostility. It is important to remember that the establishment clause protects the religious and
nonreligious alike."

"May we say hallelujah! This decision agrees with us that Congress may not reward ministers for fighting a 'godless and anti-religious' movement by letting them pay less income tax. The rest of us should not pay more because clergy pay less," said FFRF co-presidents Annie Laurie Gaylor and Dan Barker in a statement issued following the ruling.

What will Congress do? Crabb said in her opinion that if Congress wishes, it could rewrite the law to include a housing allowance to cover a larger group of beneficiaries regardless of their faith or lack thereof.

Will that happen? I suspect some bills will be dropped in the Capitol Hill hopper. We are about to enter a midterm election year.

Even if the legislation doesn't advance, it will make a great political talking point.

"The last time there was a threat to the parsonage exclusion, Congress acted with alacrity. The IRS was at odds with mega-church minister Rick Warren over whether his housing allowance should be limited based on the value of his house. The Ninth Circuit questioned whether the housing allowance was constitutional and appointed Erwin Chemerinsky to serve as amicus curiae (I'm wondering if the ministers might have thought of him as advocatus diaboli). Congress amended the Code to conform with the IRS interpretation thereby mooting the case.

I'm not sure what Congress could do in this instance. There is strong clergy influence on both sides of the aisle though, so there is a good chance that Congress will at least try to make it look like it has done something."

You also can read more about the ruling at The New Civil Rights Movement, Creative Minority Report and Christian News Network, but Reilly's blog post gets extra points not just because of its thoroughness, but for using advocatus diaboli.

Peter, I am neither fluent in Latin nor a churchgoer! Still, you get props for using advocatus diaboli.

This is one of the more complicated tax matters pertaining to something as common as employee compensation. Even tax preparers are easily confused by merely looking over sample Enrolled Agent exam questions about this subject at http://fastforwardacademy.com/enrolled-agent-exam-prep.htm. Among the complex factors is that a pastor’s housing allowance is subject to self-employment tax but not regular income tax. Also, the pastor’s housing allowance must be reasonable relative to taxable wages.

Eliminating the parsonage exemption may simplify the work of a tax preparer, but I’m not sure how it makes the economy function more fairly. How does increasing someone else’s tax burden benefit me? It doesn’t. I’m benefited when the overall tax burden on the economy is lower. That’s why I’ve always said I would favor a law that reduces everyone’s taxes except my own.

I actually did not coin "advocatus diaboli". It is an informal term for the church official whose job it is to argue against a candidate for canoninaztion. English is "devil's advocate",which is more familar, but of course I have a higly educated readership.