Only 14 states adjust their income tax brackets for inflation

If you're hitting the road to a new destination this Thanksgiving holiday, you've probably been looking at a road map.

Take a tax break from those red and blue highways and check out the even more colorful Tax Foundation's map of possible tax bracket creep across the United States. 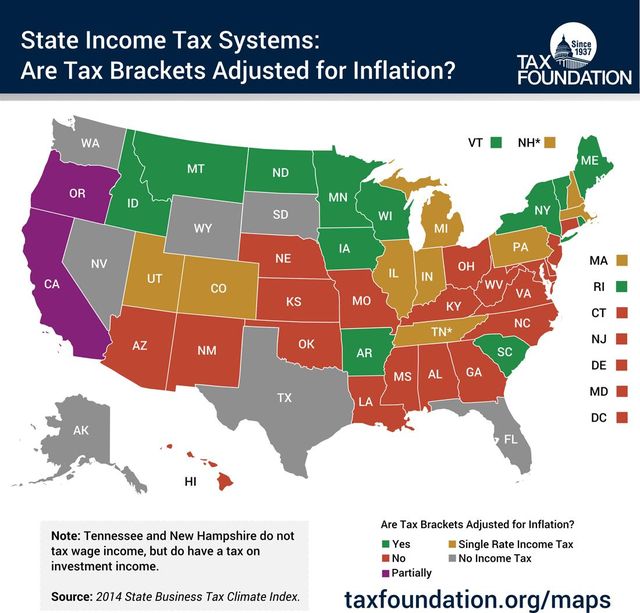 Bracket creep is as icky as it sounds.

It flares up, notes the Washington, D.C.-based group, when tax brackets aren't indexed for inflation. Without that adjustment, as a taxpayer's earnings increase, that added money will be taxed at higher rates.

You could contract this terrible tax affliction if you live in one of the map's orange-tinted states.

Only 12 states -- those in green in the map above -- fully index brackets to inflation, say Tax Foundation analysts.

Thank goodness I live in Texas, one of the gray states. The Lone Star State, along with Alaska, Florida, Nevada, South Dakota, Washington and Wyoming, don't tax any individual income.