Are you still finding timepieces that are wrong this morning? I always miss a clock or two every time we switch, as we did earlier today, from Daylight Saving Time to Standard Time and vice versa.

Like most folks, I prefer the return to Standard Time when we, as the mnemonic phrase reminds us, fall back and get (presumably) an extra hour of sleep. 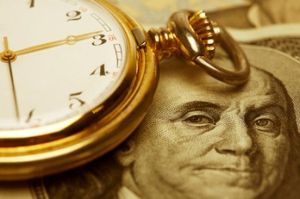 And like most folks, I credit (or blame, depending on how tired I am) Benjamin Franklin for coming up with the clock adjusting idea.

The primary purpose of Daylight Saving Time (DST), or "Summer Time" in other parts of the world, is to make better use of daylight. Changing our clocks during the summer months (or longer in recent years) moves an hour of daylight from the morning to the evening.

Despite the often publicized rationalization that DST helps save energy, studies are inconclusive. The reality is that most people simply like DST because they like longer summer evenings.

You can count the hubby, who is definitely not a morning person, among that group. And I admit that when we lived on the East Coast, I hated that in the winters the sun went down before I began my commute home.

But, sorry Ben, I still hate DST. Well, not so much the time itself, but that we switch between Standard and Daylight Saving. Pick one people and stick with it!

Ben's timely joke: Truth is, Franklin is probably rolling his eyes at all the clock changing convulsions twice a year. Yes, he did suggest more efficient use of daytime, but his oft-cited support began as a lark in 1784 as he was finishing up service as American delegate in Paris.

According to Web Exhibits Interactive Museum:

"At the age of 78, in a moment of whimsey, Benjamin Franklin wrote An Economical Project, a discourse on the thrift of natural versus artificial lighting. He included several funny regulations that Paris might adopt to help. Over two centuries later, nations around the world use a variation of his concept to conserve energy and more fully enjoy the benefits of daylight."

Evolving over time: Antoine-Arnoult Quinquet and his partner Ambroise Bonaventure Lange, inventors of the new type of oil lamp that sparked Franklin's essay, took the American diplomat's thoughts a bit more seriously. The pair continued corresponding with Franklin even after he returned to America.

As time passed, the idea of tinkering with timepieces began to attract more advocates.

By 1907, London builder William Willett proposed in the pamphlet Waste of Daylight that clocks be moved forward 20 minutes on each of four Sundays in April. On September Sundays, wrote Willett, move them back by the same amount.

The reason Willett cited in his pamphlet is the same we use today:

"Everyone appreciates the long, light evenings. Everyone laments their shortage as Autumn approaches; and everyone has given utterance to regret that the clear, bright light of an early morning during Spring and Summer months is so seldom seen or used."

Other Franklin daylight savers: I guess we should just be glad that the other daylight saving suggestions Franklin made in his tongue-in-cheek essay weren't as fascinating. They included:

Franklin even recommended a type of time tax. In fact, it was his first satirical suggestion:

"First. Let a tax be laid of a louis per window, on every window that is provided with shutters to keep out the light of the sun."

Yikes! A curtains tax. Ben, don't give Congress, struggling to come up with a fiscal 2014 budget and ways to cut the federal deficit, any more ideas!