The good news is that Uncle Sam is making it easier for you hang onto to the pretax money you put into this workplace benefit. 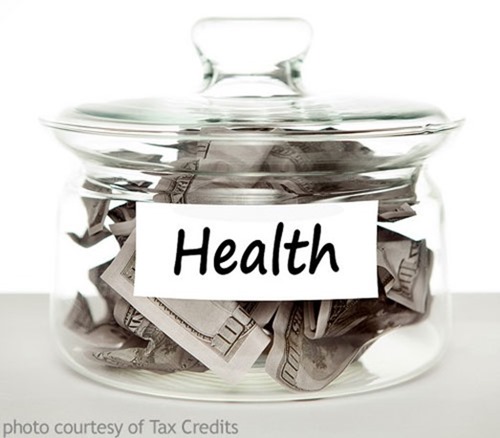 The bad news is that if you are now perusing your company's benefits during open enrollment season, the FSA change probably won't affect your spending account in 2014.

Yesterday, Oct. 31, the Treasury Department announced that employers now can offer FSA holders the option of rolling over up to $500 left in their spending accounts at the end of the benefit year.

That's right. If you have $500 left in your FSA on Dec. 31, the end of the benefit year for most employer-sponsored plans, then that amount can go into your FSA for the next benefit year, along with whatever new money you plan to put into your account via pretax payroll deductions.

Dec. 31 or March 15 deadlines: This change means no more frantic trips to the dentist or optometrist or buying FSA allowable medical items like first aid kits or blood pressure cuffs to zero out your account by year's end so you don't lose the money.

That Dec. 31 deadline was eased a bit in 2005. That year, an Internal Revenue Service regulation took effect that let companies give FSA owners a 2½ month grace period -- until March 15 for most FSA owners -- to spend their prior year's account money.

After that mid-March date, though, any unspent FSA funds go back to your boss.

The rollover option, however, should certainly make the holiday season less hectic, although I suggest you go ahead and get a blood pressure monitor if a lot of relatives are coming for Christmas.

Again, I must note that I'm talking about next Christmas. December 2014, not next month.

Although the Treasury announced the $500 annual rollover option this week, most companies, especially large ones, already have their current open enrollment underway or about to start. They're not going to be able to shift gears quickly and institute the changes for the upcoming 2014 FSA period.

Public outcry considered: This new relaxed use it or lose rule was hailed by Treasury Secretary Jacob Lew as a commonsense, flexible solution to help people pay for their health care.

Lew also noted the change was made after overwhelming public feedback from individuals, employers and others affected by FSAs in response to the IRS' request for comments on the use it or lose it rule.

People made it clear to the IRS the difficulty they have accurately predicting their future medical needs and costs. Others noted a desire to cut back on unnecessary spending at the end of the year or a grace period.

And many also pointed out the reality that many workers are reluctant to participate in an FSA program where they might lose even a modest amount of unspent money.

Rollover not better for all: While this is indeed good news for many, like most things in life and taxes, there are some exceptions.

A company can offer either the grace period to use unspent FSA money or the rollover option. The FSA plan cannot offer both. So if you have a preference, let your boss know so she has some idea about what workers would prefer.

Initial benefits industry consensus is that most of the estimated 14 million families that participate in health FSAs will prefer the rollover option.

But some who tend to end a benefit year with more than $500 in their spending accounts obviously would prefer to have the 10-week grace period to spend up all their unused medical expense money. With a $500 rollover, they'll still forfeit any amount in excess of that cap.

A graceful change to rollover: That said, at least one FSA expert says he expects most companies to go the rollover route.

Workers have been almost universally opposed to the use it or lose it rules, says Steve Jackson, senior vice president for strategic development at PrimePay, a West Chester, Pa.-based national third party administrator for FSA accounts.

The grace period option, says Jackson, produced a little bit of an uptick in FSA participation. The rollover choice is likely to tempt even more employees to the accounts.

"We've seen the increases in deductibles and out-of-pocket costs that consumers have had to deal with year after year," says Jackson. FSAs helped in that regard, but then workers had to deal with, "Am I'm going to have to forfeit some of my money?"

With the rollover option, Jackson sees a "greater chance of increasing not only the level of employee participation but also the amount they will contribute."

Wins cubed: Jackson also says the FSA rollover alternative could be a win-win-win.

Employees win because of the $500 level of loss-protected pretax savings.

And medical providers also could win as specialists, such as dentists, chiropractors and optometrists, see more patients with $500 they can budget for use in the coming year rather than just spending it willy-nilly in a few weeks or days to avoid losing FSA money.

So if you're looking into opening an FSA this benefits enrollment season, go ahead. For this year, however, you might want to lowball your contributions.

Then next fall if your employer institutes the rollover option, you can bump up your FSA contribution level, based both on the type of medical treatments you think you might need in the next 12 months as well as because you'll know that you can roll up to $500 in unused FSA funds into the next benefits year.