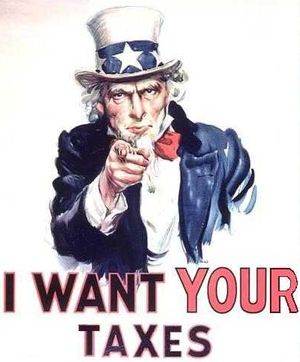 Every year at least one member of Congress makes a big deal out of Internal Revenue Service employees who have unpaid tax bills. The outrage usually is expressed primarily to make political points, but it is a big deal.

Folks who are in charge of collecting our taxes need to be current on their tax obligations.

That's why the IRS can fire employees who do not file their Form 1040s on time and/or don't pay (or make arrangements to pay) their tax debts.

IRS contractors, however, are not held to that same standard.

And some of the contract employees apparently are taking advantage of this situation.

Tax delinquent contractors: A Treasury Inspector for Tax Administration (TIGTA) report found that as of June 14, 2012, 691 of the 13,591 IRS contract employees reviewed by TIGTA, or 5 percent, owed $5.4 million in federal taxes.

Of those 691 IRS contractors, 352 were not on a payment plan to resolve their tax debts.

And, found TIGTA, at least 319 contractor employees ran up their debts after they were granted staff-like access at the IRS and didn't make arrangements to pay their delinquent federal tax obligations.

Under existing IRS policy, says TIGTA, these 319 contractor employees should not have had access to the federal tax agency's facilities, systems and data.

I agree. So from the myriad numbers associated with TIGTA's examination of tax agency contractors and their tax payment and filing habits, 319 gets the honor of being this week's By the Numbers figure.

Five IRS contract employees either did not file required tax returns or filed them late, but were still granted staff-like access, according to the TIGTA audit.

TIGTA also identified 13 IRS contract employees who were tax compliant at the time they were essentially given staff access to IRS operations, but who subsequently failed to file a federal tax return while under an active IRS contract.

Why it happened: TIGTA said it found weaknesses in the IRS' existing practices that allowed contractors with tax filing and payment troubles to go undetected after they were given access to taxpayer data.

The problem, according to TIGTA, is that the IRS does not continuously monitor the tax compliance of contractors in the same way it monitors IRS employees' tax responsibilities.

The IRS reviews contractor tax compliance only every five years or if the contracted employee has longer than a two-year break in service.

In addition, TIGTA suggests that when revalidating contracted employees' staff-like access after a break in service of longer than two years, the IRS should complete a tax compliance check.

Finally, TIGTA recommends that the IRS further evaluate the contractors that TIGTA identified as potentially noncompliant and promptly bring those individuals into compliance or terminate their contracts.

To the IRS' credit, the tax agency agrees with TIGTA's recommendations and says it plans to establish and implement policies to ensure that contractor employee tax compliance is continuously monitored and background clearance revalidations include a tax compliance component.

The agency will examine the noncompliant contractor cases pointed out by TIGTA. The IRS also plans to convene a team to fully explore all viable options to address any future tax noncompliance.

More tax trouble found by TIGTA: Contractors who are stiffing Uncle Sam at tax time was just one troubling TIGTA report with which the IRS has had to deal recently. The tax watchdog office also issued a report noting beau coups of improper tax credit payments.

As I noted last week at my other tax blog, TIGTA found that the IRS issued at least $11.6 billion and possibly as much as $13.6 billion in improper Earned Income Tax Credit, or EITC, payments during fiscal year 2012.

I also noted last week over at Bankrate.com that the start of the 2014 tax-filing season will be delayed.

You can check out what I'm saying at Bankrate Taxes Blog on most Tuesdays and Thursdays. Or you can find a synopsis of those other tax thoughts here on the ol' blog the following weekend.