Are you already as fed up as I am with the federal government shutdown and continuing bickering and politicking by Congress and the White House? Then let's get in a better mood with a party! 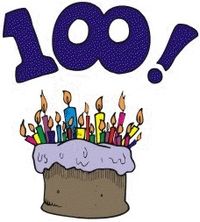 Wait, say careful readers, didn't we just toss confetti and cut cake back in February to commemorate 100 years of the tax code as we know it?

Yes. But Feb. 3, 1913, was the day that Delaware lawmakers approved the 16th Amendment, giving it the necessary 36 state approvals to become constitutionally legal.

It was eight months later, on Oct. 3, 1913, that President Woodrow Wilson signed into law the legislation creating the tax code that we now know.

The rates will stay the same next year, but because of inflation, the taxable income brackets will widen a bit in 2014.

Collection of taxes from Americans' earnings first appeared when the Revenue Act of 1861 became law. That measure, signed by President Abraham Lincoln, called for a 3 percent of all incomes over $800. The money was used to help finance the Civil War.

You also can peruse income tax rates and brackets from 1913 through 2013 courtesy the Tax Foundation and check out the Internal Revenue Service's brief history of the tax agency's existence and other historical tax highlights.

More tax reform? The last major overhaul of the Internal Revenue Code was more than a quarter century ago with the enactment of the historic Tax Reform Act of 1986. As a tax geek, I was thrilled to be working for a Ways and Means committee member back then.

There's hope that our tax system will be revamped again in the near future. This summer, the members of Congress who head the House Ways and Means and Senate Finance committees were optimistic that they and their colleagues could find ways to make the system simpler.

Such efforts, however, have been placed on a very back burner as the House and Senate variously fan the flames of or try to put out the budget fight fire that has closed federal facilities nationwide.

Once we get past this fiscal crisis (and the looming debt ceiling replay that we witnessed in 2011), maybe lawmakers will focus on tax reform.

Let's save them a piece of tax code birthday cake to celebrate that moment.