Audit target? You're getting a bit of a shutdown break

Remember back in the spring when the Internal Revenue Service admitted that losing operating funds because of sequestration will hamper the agency's audit efforts? 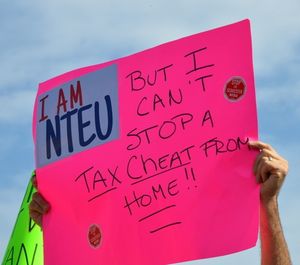 About a month after sequestration kicked in on March 1, then Acting IRS Commissioner Steve Miller told a House appropriations subcommittee that budget cuts will mean, among other things, fewer audits.

Last week when the IRS had to determine which jobs were essential, it decided that return examination, which is what the agency calls audits, wasn't. Tax audits, as I noted last week at my other tax blog, are among the IRS activities that have been stopped during the federal government shutdown.

Auditing questionable tax returns will, of course, resume when the government starts back up and the IRS is fully staffed. But even a brief stoppage in tax examinations will mean the whole process will be backlogged.

And I know that when I get a lot of stuff stacked up on my desk, I tend to go through it a bit more quickly than I otherwise would. As the old saying goes, haste makes waste; it this case, it's wasted revenue that the IRS might not catch.

Former IRS Commission Mark Everson explained the audit problem when it first popped up this spring.

"If you have someone working on 20 audits, if they're not working as many days it's going to take longer to finish those and they're not starting new ones," Everson told CNN Money months ago.

Things have only changed for the worse. The sequester continues and the IRS lost three work days to it. With the full government shutdown in force, four potential audit days are gone and counting.

Now you might be thinking that no audits is not such a bad thing. But if folks are not paying their proper amount of tax, that means taxpayers who are paying our full share (that's you and me, right?) are carrying them

I don't know about you, but I have no desire to make up the money tax cheats are skimming from the U.S. Treasury.

So I want the shutdown done with soon, even if that means the IRS takes a longer, harder look at everyone's, including my, tax returns.

Taxes and severance payments: Job loss of any length of time is never an appealing prospect.

The only thing that might make termination the tiniest bit tolerable is a nice severance package. But even then, workers have to cope with payroll taxes -- the Social Security and Medicare taxes known collectively as FICA -- on those final payouts. Or do they?

As I also noted last week at Bankrate Taxes Blog, the U.S. Supreme Court will decide the matter of severance pay and taxes during its upcoming term, which begins Monday, Oct. 7.

The case before the High Court is the Quality Stores contention that that it -- and its former employees -- should get refunds from the IRS for the bankrupt company's FICA payments on the severance packages made to workers it laid off.

If you got a payout upon leaving your job, don't spend a possible tax refund yet. It will be months before the justices make their decision.

You can check out what I'm saying about taxes at Bankrate.com on most Tuesdays and Thursdays. Or you can find a synopsis of the previous week's tax thoughts from there over here on the ol' blog the following weekend.

I never thought of Tax Audits that way. Thanks for bringing that to my attention. Preach it Sister!