Renouncing U.S. citizenship, for tax and other reasons

Americans are a mobile group. We tend to move a lot. But a lot more of us are moving out of the country, and doing so for good.

"If he's elected, I'm out of here!" Folks across the political spectrum angrily declare this intention every U.S. presidential election year. Few, however, follow through. 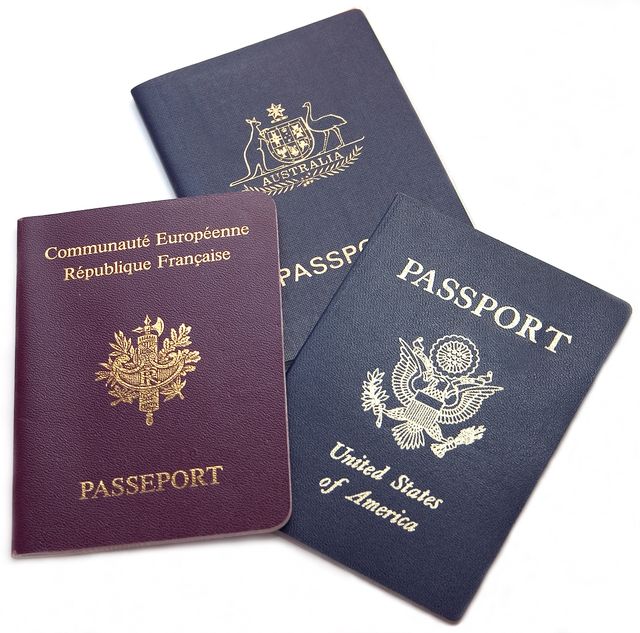 "When I win the lottery, I'm moving to Italy." Or France or Brazil or Australia. This is my mantra. Most of the time, though, folks just take nice long vacations to those foreign locales. I promise to at least buy a second home in George Clooney's Lake Como neighborhood with my Powerball winnings.

"I am so tired of paying all these taxes, I'm just moving to another country." This is something that's usually said by really wealthy people to their tax advisers and financial planners. These folks tend to already have a lot of money in accounts outside the United States.

"Taxes are a driving factor for many, but I rarely see it as a sole factor," tax attorney Jim Duggan told Investment News. "Many of these are people who have mentally split ways with the United States as well."

This time, though, it looks like it's not just idle complaining. Whatever the reason, government data shows that more Americans are packing up and permanently moving out of the country.

For those who already are living overseas, more are saying they don't plan to return. They are renouncing their U.S. citizenship and giving back their blue-bound passports.

Taxes as a relocation reason: Expatriating for tax reasons was a topic last week at my other tax blog.

In asking are Americans fleeing due to taxes, I note that tougher Foreign Account Tax Compliance Act, or FATCA, rules will take effect on Jan. 1, 2014. Beginning next year, U.S. taxpayers who own foreign financial accounts will have to make even more disclosures to Uncle Sam about their offshore money.

Expatriating for tax reasons is not a decision to be made lightly.

While giving up U.S. citizenship will free you from our worldwide taxation system, you'll have to pay some pretty stiff taxes if that's the reason you're leaving the country for good.

Former U.S. citizens also will face difficulty in even coming back into the United States for visits.

And it's a choice you can't change.

The State Department's website page devoted to renunciation of U.S. citizenship elaborates on the rules and process of surrendering your American persona. The final section notes:

Finally, those contemplating a renunciation of U.S. citizenship should understand that the act is irrevocable, except as provided in section 351 of the INA [Immigration and Nationality Act] (8 U.S.C. 1483), and cannot be canceled or set aside absent successful administrative or judicial appeal. (Section 351(b) of the INA provides that an applicant who renounced his or her U.S. citizenship before the age of eighteen can have that citizenship reinstated if he or she makes that desire known to the Department of State within six months after attaining the age of eighteen. See also Title 22, Code of Federal Regulations, section 50.20).

Renunciation is the most unequivocal way in which a person can manifest an intention to relinquish U.S. citizenship. Please consider the effects of renouncing U.S. citizenship, described above, before taking this serious and irrevocable action.

National Geographic also has a piece on how to renounce your citizenship. This article is not tax focused, but instead was prompted by Texas Sen. Ted Cruz's disavowal of his Canadian citizenship.

So feel free to keep complaining about how the country's going to hell in a hand basket.

Go ahead and look at international real estate websites.

But make sure you know all the costs, tax and otherwise, of no longer being a citizen of the United States.

Capital gains considerations: Many of the wealthy folks considering leaving the U.S. for tax reasons also are the taxpayers who are most affected by capital gains taxes.

These taxes on investment earnings are at a lower rate, now 20 percent for high-income taxpayers, than ordinary income tax rates, which top out at 39.6 percent.

Because richer taxpayers tend to benefit more from lower capital gain rates, many tax code reformers have called for an end to the preferable rates. And, as I noted last week in Bankrate Taxes Blog, capital gains could be key to any tax system overhaul effort.

A new study by the Committee for a Responsible Federal Budget argues that some adjustments to the top 20 percent capital gains rate could help bring in more money to the U.S. Treasury, keep the tax code as progressive as it already is (that is, the more you make, the higher your tax rate) and raise enough revenue to lower all individual tax rates.

You can find my additional tax thoughts at Bankrate Taxes Blog, usually on Tuesdays and Thursdays, with a weekend refresher here.

I believe renouncing your US Citizenship is a decision that comes with a number of variables that must be vigilantly considered before jumping into the pool as there are no reversals once the COLN is issued and the only way to regain one’s U.S citizenship is through the long and difficult process of naturalization under the current U.S. immigration law and Former U.S. citizens also face difficulty in even coming back into the United States for visits.

The vast majority of Americans seeking to renounce US Citizenship are not 'leaving' the country for greener pastures, because of an election, or because of taxes - they are renouncing US citizenship precisely because they are (and have been for some time) living in another country and US tax and disclosure policies, and laws such as FATCA, are rendering it extremely expensive and burdensome to keep that US passport! The US citizenship based tax system directly conflicts with the rest of the world's residence based tax structure resulting is a very very complex web of tax compliance, coupled with onerous FBAR filings of what are really 'local' not 'FOREIGN' bank accounts for these expat Americans - and draconiam penalties for non compliance. FATCA and the current US Jihad to catch 'tax cheats' (US citizens living overseas are thrown in the same legal tax/disclosure bucket as real tax cheats living in the US and not disclosing overseas accounts) are resulting in banks overseas refusing to open accounts for US citizens, refusing to grant mortgages, and many times simply closing their accounts. The renunciations are because the US passport is 'toxic'. This is purely due to US government policy and ill thought out laws, and no other country in the world treats is citizens living abroad this way.