With Obamacare getting renewed attention because of the approaching Oct. 1 opening of health insurance exchanges and the possible closure of the federal government on that date, it's a good time to share some information about health care reform.

The Kaiser Family Foundation (KFF) has created the calculator shown below to help those who will be purchasing health insurance on their own under Obamacare, officially known as the Affordable Care Act.

Remember, if you already have health insurance through your employer or are getting coverage through a government program like Medicare -- that's an estimated 240 million of us -- you can stay on that plan.

Location and costs: Also, where you live will affect your coverage and cost. KFF analyzed insurance premiums in 17 states and Washington, D.C., that have publicly released comprehensive data about their rates and the impact of tax credits that will offset part of the costs of exchange insurance coverage for low- and moderate-income families.

The Huffington Post put together a graphic that provides a visual of where the cheapest and most expensive health care exchange coverage falls across the United States. 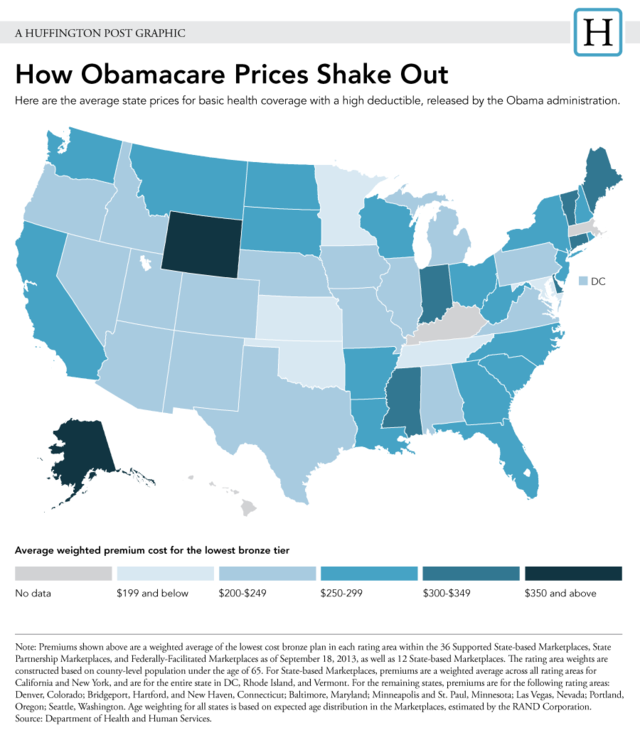 For specifics on your state, check out HealthCare.gov. The website has details for individuals and small businesses on their states' coverage and where residents and business owners can compare plans and enroll.

Calling all young people: Of course, Obamacare is relying on health young adults to make the exchanges work. The more young folks in good shape that are involved in the insurance risk pool, the cheaper the costs should be.

The Young Invincibles -- I love the name. I'm hoping it's an homage to one of my favorite Rush songs, Dreamline, where Geddy reminds us that "we're only immortal for a limited time." -- has fact sheets for each state with data about their residents' existing coverage needs.

Here's what health care coverage for young adults in Texas looks like: 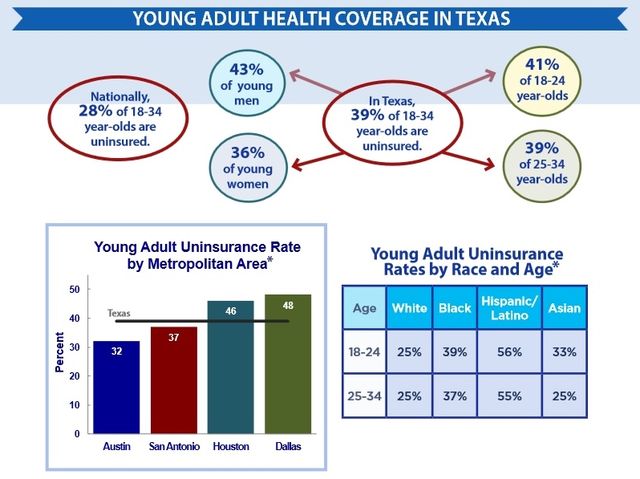 *Margins of error may vary depending on the population size of the state or city.

Others, however, agree with Texas Sen. Ted Cruz that Obamacare is bad and bad for the country. Cruz, a freshman Republican, this week held a 21-hour talk-a-thon against the health care reform law.

Cruz and his GOP colleagues in both the House and Senate are still trying to come up with a way to tie defunding Obamacare to overall government fiscal matters, such as the continuing resolution to keep all federal offices open or the country's debt limit, which Uncle Sam will hit in mid-October. This now includes Senate meddling (via Cruz) in House procedures.

There also are the expected warnings that when anything as large as Obamacare is implemented, there will be glitches. But opponents see these early implementation issues as indicators that Obamacare will bring calamity down on us all next week.

That's as hyperbolic as the claims by ardent supporters that Obamacare is the answer to all of America's health care issues.

The truth, as with most things, lies in the middle. Here's to getting to that saner location.

Once we're safely past the current political theater and the first big Obamacare date next week, we can start ensuring that more of us get the help we need to take better care of ourselves and our families.