Just like filmdom's persistent poltergeists, Congressional attacks on the Internal Revenue Service are back. 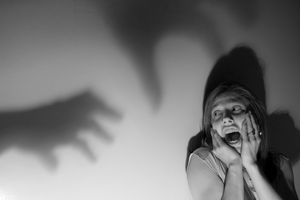 House Republicans are hoping that new looks into IRS improprieties in dealing with applications for tax-exempt status will recapture public attention.

IRS email appetizers: The stage was reset by an unbylined outlook piece in the Wall Street Journal this week entitled "Lois Lerner's Own Words." House Ways and Means Chairman Rep. Dave Camp (R-Mich.) posted the column in full on the committee's website and sent out an "in case you missed it" notification of the article via email.

The newspaper looks at emails between Lerner, now on administrative leave from her IRS position as Director of Exempt Organizations, and her staff. These exchanges, says the WSJ, "raise doubts about IRS claims that the targeting wasn't politically motivated and that low-level employees in Cincinnati masterminded the operation."

Lerner, the former exempt organizations director in the IRS Tax-Exempt and Government Entities Division, responded to an email chain containing a monthly report with a note calling the Tea Party matter "very dangerous."

Lerner also noted the applications could be the vehicle for a court reexamination of the Supreme Court's Citizens United ruling that opened the door wide for such nonprofit groups.

In another email, Lerner speculated on Federal Election Commission (FEC) involvement sought by Democratic Senators into whether conservative groups should be treated as political committees or tax-exempt nonprofits.

"Perhaps the FEC will save the day," Lerner wrote. That response, argues the WSJ, suggests her political leanings, i.e., biased against conservative groups.

However, Lerner's reply also could be interpreted as a hope that the IRS would be off the 501(c)(4) review hook if the FEC issued a ruling that took the Tea Party and all political groups out of the tax status mix.

Ways and Means entree: Lerner's emails are the appetizer to the House Ways and Means Oversight Subcommittee entree to be served on Sept. 18.

That afternoon, the subcommittee will conduct a hearing on the IRS Exempt Organizations Division's operations since being audited by the Treasury Inspector General for Tax Administration (TIGTA).

Subcommittee Chairman Charles W. Boustany, Jr. (R-La.) wants to find out what, if any, changes the IRS division has made to its practices since the May TIGTA report on screening of some applications and the IRS' internal review of the situation.

"Four months after the IRS first admitted to targeting applicants for tax-exempt status there are still many outstanding questions about when the targeting started, who knew about it, and why it was allowed to continue," said Boustany in announcing the hearing.

"While the Committee continues to seek those answers, we have heard repeated promises of corrective action at the IRS," he said. "This hearing will provide the agency the opportunity to come before Congress and provide an update on what steps it is taking to ensure that this abuse -- including interminable delays -- never happens again."

Acting IRS head Daniel Werfel will be back on Capitol Hill as the hearing's only witness. I'm sure Werfel is more than ready for John Koskinen to be confirmed as the new IRS Commissioner!

The subcommittee is, however, accepting written testimony from interested parties.

The session will start at 2 p.m. Eastern next Wednesday, Sept. 18, in 1105 Longworth House Office Building. You'll also be able to watch it streaming online ... as long as the transmission isn't interrupted by any scary static-filled messages during the hearing.

More inquiries underway: If you miss next week's hearings, don't worry. You get more chances to watch or read about Congressional investigations.

Boustany this week told Tax Analysts that the House Ways and Means Committee's investigation into the IRS and tax-exempt applications will extend into next year.

Boustany told the tax publication that over the August Congressional recess, the tax-writing committee received more documents from the IRS concerning its handling of such applications, but only about half of what the committee had requested.

"We're working through those," Boustany said, as well as conducting transcribed interviews with people who were involved in the application review process."

"We're just systematically working our way up. The higher up you get, we want to make sure we've covered all the information," said Boustany. "You've got one shot at them. You want to make sure you're asking the right questions."