The House of Representatives might finally get around to taking up the Marketplace Fairness Act now that the committee chairman in charge of moving the measure has established groundwork for the bill's consideration. 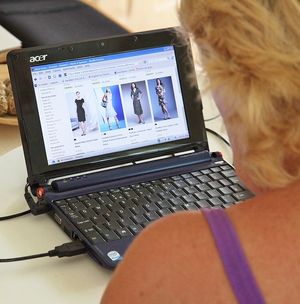 The Marketplace Fairness Act would give each state the power to demand that online retailers collect sales and use taxes even if they have no physical presence, known as nexus, in the state. The Senate passed the bill by a wide margin on May 6.

Since then we all thought -- OK, maybe it was just me -- that the House was just screwing around.

However, it appears that Rep. Bob Goodlatte (R-Va.), head of the House Judiciary Committee, and Rep. Spencer Bachus (R-Ala.), chair of the subcommittee on Regulatory Reform, Commercial and Antitrust Law, were working on the bill under the radar.

Last week, they revealed the fruits of their stealth labor. They issued seven Internet sales tax principles they say will provide a starting point for discussion of the bill in the House.

In addition to finally getting this measure on track in the House, the seven principles also are this week's By the Numbers figure.

The principles, according to a statement by Goodlatte and Bachus, were developed thanks to "input directly from taxpayers, industry and trade groups, and representatives of state and local governments." So that's why it took five months.

Here they are the Judiciary Committee's Basic Principles on Remote Sales Tax:

1. Tax Relief
Using the Internet should not create new or discriminatory taxes that aren't already on the books in the offline world. Internet taxes also shouldn't create a precedent for other areas of interstate taxation by states.

2. Tech Neutrality
All retailers -- brick and mortar, exclusively online and brick and click -- should all be on equal footing. The sales tax compliance burden on Internet sellers should not be less, but neither should it be greater than that on similarly situated offline businesses.

3. No Regulation Without Representation
This principle is a key one when it comes to the Senate-approved Marketplace Fairness Act. As it now stands, states could force business with no presence within their borders to collect and remit sales taxes on purchases to residents of the states. The House Judiciary Committee (or at least Goodlatte and Bachus) say that they want the House version to ensure that businesses without a physical presence in a state, and their owners and employees, do not have to answer to revenue authorities in states where they have little connection. Or they should at least have a way to protest what they view as "unfair, unwise or discriminatory rates and enforcement."

4. Simplicity
This is goal, at least in legislators' words if not deeds, of all tax laws. The House panel says governments should not stifle businesses by shifting onerous compliance requirements onto the sellers.

Some estimates put the number of state and local sales taxes nationwide at almost 10,000. The ideal bill, per this principle, would be an Internet sales tax that is so simple and with which compliance is "so inexpensive and reliable" that there would not be a need for a small business exemption. The Marketplace Fairness Act approved by the Senate exempts companies with less than $1 million a year in out-of-state sales.

5. Tax Competition
Governments should be encouraged to compete with one another to keep tax rates low. Plus, says the House panel, American businesses should not be disadvantaged vis-à-vis their foreign competitors.

6. States' Rights
States should be sovereign within their physical boundaries. In addition, the federal government should not mandate that states impose any sales tax compliance burdens. Basically, this is the states' rights declaration; that states can do what they please regarding taxation within their own borders.

7. Privacy Rights
Sensitive customer data must be protected. Any user of the Internet will support this principle. The issue gets even touchier under a national sales tax bill since tax information would be shared across borders with various state tax agencies.

I'd like to add one more thought about customer data, not just the tax information that would be deemed sensitive. All of it should be protected. Yes, I want my credit card info safeguarded, as well as the tax amount I am charged on my Amazon and other online purchases. But I also want to be spared spam that comes from my name and address being shared.

Will these seven Internet sales tax principles jump-start the legislation in the House? Maybe.

But the Goodlatte/Bachus principles also likely mean that a House version of the bill will be different from the Senate-passed Marketplace Fairness Act. That would necessitate a conference committee.

And we all know how poorly the Republican House and Democratic Senate kindergarteners play work together nowadays.