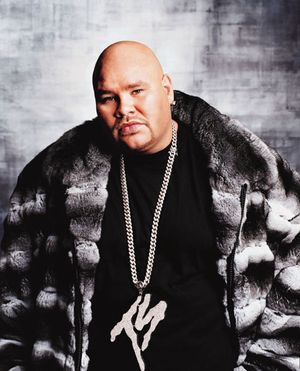 Fat Joe has traded in his fur coat for an orange prison jumpsuit.

The popular rapper, whose real name is Joseph Cartagena, surrendered Monday, Aug. 26, to officials at the Federal Detention Center in Miami, where he lives.

Cartagena, 42, will serve four months in Club Fed for tax evasion. He pleaded guilty in December 2012 to failing to pay the Internal Revenue Service tax due on $1 million he earned in 2007 and 2008.

Federal prosecutors had charged that Cartagena made more than $3 million between 2007 and 2010, owing around $700,000 in taxes on the money.

In addition to the jail time, Cartagena will have to pay a $15,000 fine and serve an additional year under supervised release.

Your earnings, your tax bill: As for his tax transgressions, Cartagena told Fuse earlier this month, "I did everything I possibly can to correct the situation. I paid them back. It wasn't entirely my fault. I had a new accountant for like the last four years. And then you could see that my accountant that worked for me for the 15 years prior to that always paid my stuff on time, always had it on time."

Take note, folks. Joe revealed the hard truth about taxes. They are your personal responsibility, and yours alone, regardless of how good or bad your tax help might be.

Cartagena, a Bronx, N.Y., native, was prosecuted in New Jersey because he owns corporations based in the Garden State, including Terror Squad Productions Inc. and Miramar Music Touring Inc., from which he received income.