Just when you thought politics and taxes couldn't get any crazier, an old and specious argument against the tanning tax has reared its ugly head. 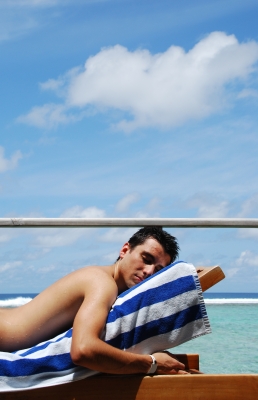 And who did he pull into this discussion? None other than the House's chief tanner, Speaker John Boehner (R-Ohio).

Now I'm not saying Yoho is making up this exchange, which you can listen to courtesy Right Wing Watch.

But I am saying that I'm pretty sure Boehner knew the tanning tax was included in the Patient Protection and Affordable Care Act, otherwise known as Obamacare.

Boehner's official website bio notes that as House Majority Leader back then, he "united Republicans against job-destroying bills like Obamacare."

And the tanning tax, which was inserted in the bill in place of an earlier proposal to tax some cosmetic surgery procedures, got plenty of coverage, much of it at the expense of the very bronzed (or oranged depending on your color analysis and political persuasion) Boehner.

Yoho obviously was primarily trying to just make some political points with some Sunshine State voters. Given the state's nickname, though, you'd think Florida residents, businesses and officials would love anything that drove pasty tourists away from artificial tanning and down to their climate for some natural browning rays.

Old political ploy: While Yoho's inflammatory characterization of the tax is getting attention, it's not even new.

As the tax's implementation date of July 1, 2010, neared, the question of whether it was discriminatory was raised. And rejected.

And the same racist charge was made last year by now-former Rep. Allen West, another Florida Republican, also during a town hall meeting.

"Young Man Sunbathing In A Maldives Resort Room"
by artur84 via FreeDigitalPhotos.net