Sometimes being an Internal Revenue Service employee can be a dirty job. But a pair of tax agents were shocked last November when an angry taxpayer literally dumped dirt at their feet.

Actually, what really startled them was how Walter M. Trizila III delivered the soil.

Trizila jumped into a front-end loader, scooped up a full load of dirt and then headed straight for the IRS agents. 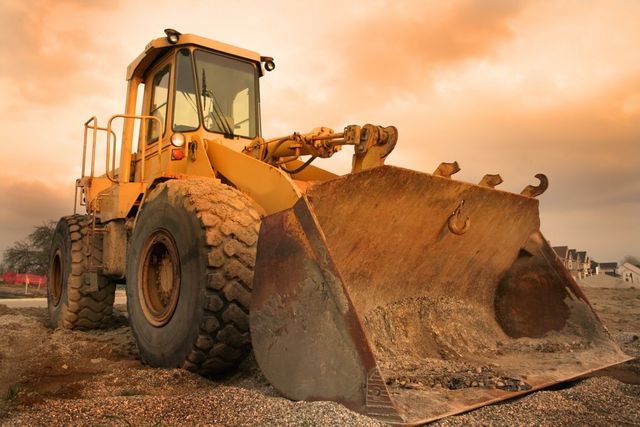 The 45-year-old Omaha, Neb., man stopped the piece of heavy construction equipment just short of the IRS employees. But he wasn't done.

He then dumped the entire load of dirt at their feet.

The IRS agents were at Trizila's workplace on Nov. 8, 2012, in connection with another vehicle. They had intended to seize one of the company's dump trucks.

Trizilla didn't realize the duo was from the IRS. He thought they just more creditors trying to repossess more equipment from his financially troubled employer.

Temper "got beyond" Trizila: Of course, Trizila shouldn't have come barreling toward anyone in an intimidating vehicle like a front-end loader.

He acknowledged that ill-advised move when he pleaded guilty to the misdemeanor charge of assaulting, resisting or impeding a federal officer.

At his sentencing hearing earlier this month, Trizila apologized via a court filing, writing that "I am sorry this happened (and) I did not intend to have the officer get worried."

Trizila's attorney also told the judge that her client never planned to physically harm the agents. Rather, she said, he acted immaturely and let his temper "get beyond him."

The federal charge against Trizila carried possible maximum jail time of a year and a $100,000 fine. But instead of going to Club Fed, Trizila will serve three years probation.

He also was ordered to wear an electronic monitoring device for the first three months of his probation, attend an anger management class and perform 60 hours of community service.

There's no word on whether the community service assignment will involve large machinery.