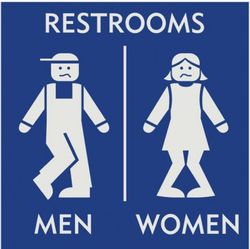 Lucrative loos' change: German officials allege that the unnamed 53-year-old woman dodged tax payments on more than €40,000 (more than $53,000 U.S.) in tips reportedly gathered by her team of 60 toilet attendants.

The money, in various coin denominations and reportedly weighing more than a ton, was piled in the garage of the woman's Bonn, North Rhine-Westphalia, home, according The Local.

Officials say that although the janitorial services' employees only received a few cents in tips from some of the users of the facilities, the owner allegedly collected €50 (around $67 U.S.) per day from her workers' gratuities. She reportedly would drive across the country in her Mercedes, leaving the loos with buckets full of change.

Investigators say the coins in her garage were just a small portion of her earnings.

Cautionary tip tale: Although this alleged tax evasion tale is from Germany, it is a cautionary story that any U.S. worker who regularly gets tips should heed.

And today is the deadline for tip recipients to report the money received in July to their employers.

This tip reporting requirement is a monthly duty for folks who get gratuities. The official deadline technically is the 10th of the next month. But when that falls on a Saturday (like it did this month), Sunday or a legal holiday, you may give the report to your employer on the next business day.

The only way you can avoid filing the report is if your tips for the preceding month didn't amount to at least $20. In that case, I would suggest a new line of work or a new place of employment.

That dollar amount threshold also is this week's By the Numbers figure.

IRS Publication 1244 has more information on tip tax reporting. It also includes Form 4070, which you can use to record your daily tips.

And remember, even if you don't make enough in tips to require monthly reporting, you still must include any tips you make as wages on your annual income tax return.

Bathroom literature: Not to devolve into adolescent bathroom humor or blogging, but that critical room has been a recent pop culture topic.

The most talked about piece of bathroom reading of late is poet Walt Whitman's "Leaves of Grass." An inscribed edition of this poetry collection -- don't click if you haven't seen the finale of Season 5A! -- atop a character's toilet plays a central role in the denouement of AMC's much-lauded drama Breaking Bad. 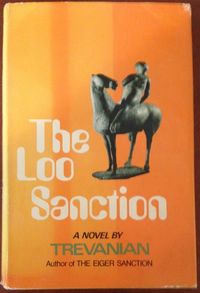 As my caution indicates, I won't spoil it for you in case you're still catching up on this superb television series about a former high school chemistry teacher turned global methamphetamine king. But I urge you to get to your DVR or online streaming source ASAP.

If you prefer novels instead of poetry, I recommend an oldie-but-goody, "The Loo Sanction." Yep, that's a shot there to the right of my hardcover version that I picked up in 1973.

This spy thriller by Trevanian about the continuing adventures of art professor and mercenary Jonathan Hemlock is a great page turner.

I do recommend, however, that you read the first of the Hemlock series, and still my favorite, "The Eiger Sanction." The movie version starring and directed by Clint Eastwood isn't a bad popcorn flick either.