It's time to eliminate many tax-exempt status designations

Since May, we -- OK, primarily tax geeks and members of Congress -- have focused on the issue of tax-exempt status. This is because on May 10 we learned that the Internal Revenue Service had a questionable system of assessing whether a group that might engage in some political activity should be allowed to operate as a nonprofit.

The main issue is whether the IRS improperly relied on its perception of the organizations' political leanings. Tea Party groups said they did and cried foul. It later was revealed that more liberal groups also got extra IRS scrutiny.

That battle is still being waged between Republicans and Democrats on Capitol Hill and now in the federal court system.

But just who is getting tax-exempt status also is a concern for folks well beyond Washington, D.C.'s borders. 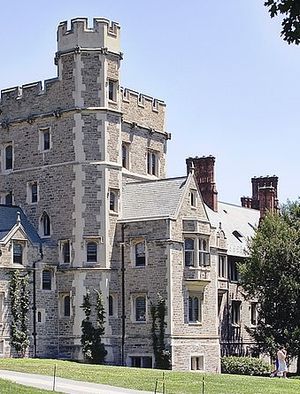 The question was prompted by a lawsuit filed by a group of the New Jersey university's neighbors who feel they are paying an inordinate amount of local taxes because Princeton has tax-exempt status.

The gist of the legal action is that Princeton makes money, lots of money in fact, and operates like a business. So why should it get preferential tax treatment?

To bolster that argument, the lawsuit contends that in 2011 alone, the Ivy League university raked in $118 million from patents; $35 million of that was paid to various faculty.

The filing also notes that many of Princeton University's buildings that are exempt from property taxes have commercial functions. They house retail food establishments and ticketing operations among other things.

If all of Princeton's real property were taxed, according to the plaintiffs, the university would owe roughly $28 million a year. Instead, Princeton is voluntarily paying around $10 million to the Princeton, N.J., city treasury.

This has long been a common complaint about many entities that have been granted nonprofit status. And it's not just institutions of higher education that come under fire.

Many megachurches essentially have created their own minitowns around themselves, providing a variety of services to parishioners that in other settings would be taxable. Earlier this year, once such church in Nashville, Tenn., did lose its tax-exemption for real estate that housed a gym and bookstore/cafe, but many more nationwide are still enjoying tax-free operation.

501(c)(3) favorites: The most well-known tax-exempt status is the 501(c)(3) designation. Groups in this category are those to which you and I typically donate goods or cash and then, if we itemize, claim a charitable deduction.

This section of the tax code applies to religious, educational, charitable, scientific, or literary organizations, as well as public safety groups, organizations created to prevent cruelty to children or animals and groups that foster national or international amateur sports competition.

The IRS' latest Statistics of Income report on charitable and other tax-exempt organizations covers tax year 2008 and shows that groups exempt under 501(c)(3) represent the vast majority of such organizations.

501(c)(3) groups also account for the bulk of the financial activity for the tax-exempt sector. For the 2008 tax year, more than 315,000 charities with this designation reported nearly $2.5 trillion in assets and more than $1.4 billion in revenue.

Large hospitals and universities, including defendant Princeton, dominated the financial activity of the nonprofit charitable sector in 2008:

Many more nonprofit designations: But the abundance of tax-advantaged nonprofits goes beyond 501(c)(3). The Internal Revenue Code section 501(c) currently allows the IRS to award tax-exempt status under seven different and wide-ranging categories.

The popular 501(c)(3) designation is followed by tax-exempt sections covered under 501(c)(4) -- this is the section that's giving the IRS and Congress fits right now when it comes to applications by Tea Party and other possibly politically-oriented groups -- through 501(c)(9).

Here's how they break out:

Too many nonprofit designations: Enough already!

I am a big believer in charitable groups. Most of them provide a lot of laudable and necessary services.

I also understand the concern that many charities have about being caught in the "blank slate" net thrown out by the Senate Finance Committee. This is the Senate tax-writing panel's proposal to start restructuring of the tax code by doing away with all tax breaks and then taking a long hard look at which ones should be reinstated.

That approach, however, looks like a very good idea when it comes to the plethora of tax-exempt opportunities in the tax code.

Most of the 501(c)(3) groups and their advocates would have little trouble justifying their continued tax-exempt status.

But as for all those others, it's time to get real.

There are just way too many groups that are doing quite well financially beyond donor contributions and are not paying any taxes. They simply are playing the tax code to their advantage and to our taxpaying disadvantage.

It's time these groups shed their nominal nonprofit tax status and started, like the rest of us, writing checks to the tax collectors.

For every nonprofit tax status; the consumer who pays taxes pays more (no free lunch).