It's that time of year again, time for the Tax Carnival that falls around the Fourth of July. So I decided to create a new tradition and move it to America's actual birthday.

Since taxes were integral to the formal formation of our country, it's perfect that the annual midyear Tax Carnival share the United States' birthday. So I welcome you to the first officially on Independence Day collection of tax tips, tidbits and advice -- Tax Carnival #118: July 4th Tax Fireworks.

My display isn't nearly as choreographed as the colorful flourishes we'll enjoy tonight, but each item should provide some tax thrills. So let's light these bottle rockets and sparklers!

Let's start with some info for the British, whose tax system those of us on this side of pond rebelled against 237 years ago.

Edward Webber has researched the number of people that fall into the different UK tax rates and says, "It might surprise you to see how many top-rate taxpayers there are." Find out yourself in How many people pay the same tax as you?, posted at TaxFix. 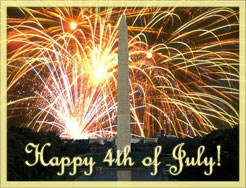 Retirement and taxes are always a popular topic, as evidenced in today's Tax Carnival roundup.

Robert D Flach tells us the first year Social Security and Railroad Retirement benefits were taxed was 1984. Twenty-nine years later, he still gets questions on the process so he provides details in How is Social Security Taxed?, posted at The Wandering Tax Pro.

Timothy Mobley asks Can You Legally Cut The Taxman Out Of Your Retirement? The answer is posted at Timothy Mobley's Blog.

John Schmoll notes a trend where more investors are taking out loans on their 401(k) accounts to buy investment property. "While diversification of investments is key, the inherent risk may not be enough to offset the potential gain," says Scholl. Plus you've got to remember the possible tax implications. Find out more at Things I Would Never Do: Raid My 401k to Buy Property, posted at Frugal Rules.

Refunds and withholding are issues that several of our Independence Day Tax Carnivalistas tackle. 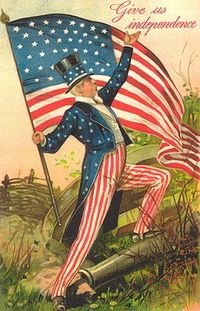 Michael says it's generally recognized that receiving a big income tax refund is the equivalent of giving the government an interest free loan. "So why doesn't everybody minimize their withholding throughout the year and just pay at the end?" he asks. "One word: penalties." He elaborates in Income Tax Underpayment Penalties, posted at Financial Ramblings.

Chris Topher says if you received a tax refund this year, think twice before celebrating. A tax refund is not a year-end gift from the government. If anything it is a reminder to double check your W-4 and revisit your withholding. More at Where to Spend Your Hard Earned Tax Refund, posted at This That and The MBA.

Kristen says that for some people, there is a glorious light at the end of the tax season tunnel: a tax refund! But what if you filed on time but still haven't received your tax refund? She looks at 4 Reasons Why You Didn't Get a Tax Refund, posted at My Dollar Plan.

Daniel says the IRS took out $210 from his tax refund. When he finally got an explanation, it was not at all what he expected. Details at The IRS Explains Why My Refund Was Less Than Expected, posted at Sweating The Big Stuff

Better planning and help could make a difference in your tax bill, according to some of our July 4 Tax Carnival contributors.

Jeffrey James says, "Taxes can take a large amount of time to figure out what is supposed to get reported and what isn't. But being organized can mean getting a bigger refund!" Find out how in Tackling Your Taxes, posted at Life In Charge.

Steve says the IRS certainly isn't your friend, but it also isn't your enemy. "It is an organization operating on a mind-numbing system of complexities, the kind most people just aren't cut out to navigate," he says. So if you're looking for tax help, check out The 5 Biggest Differences Between Tax Preparers And Tax Attorneys, posted at 2013 Taxes And 2014 Taxes.

We close this Tax Carnival with a couple of looks into the tax future, specifically some tax provisions expected in 2014.

Super Saver says the Affordable Care Act, aka Obamacare, will be a tax on the young and healthy that do not currently have health insurance. He discusses the ramifications of this part of the law that takes effect in 2014 in A Tax on the 30%, posted at My Wealth Builder.

Madison says that by looking at the most recent release of inflation data, and adjusting slightly for the possible use of chained Consumer Price Index (CPI), we can get an idea of what 2014's tax brackets might cover. Details are at What Might the 2014 Tax Rates Look Like?, posted at My Dollar Plan.

And with that, we wrap up July's Tax Carnival #118: July 4th Tax Fireworks.

Thanks to all the contributors and especially to all y'all for reading.

The next carnival will be Aug. 5. Be a part of that sparkly collection of tax posts (and tax-only items please; the guidelines page has details and you can review previous carnivals) by sending your item via the Carnival of Taxes submission page.

Or if you prefer email, send your tax blog item to me at taxcarnival @ gmail.com.