But some senators aren't afraid of angering lobbyists, losing their big-money political action committee (PAC) contributions or upsetting constituents. They're sharing their tax reform recommendations with all who are interested. 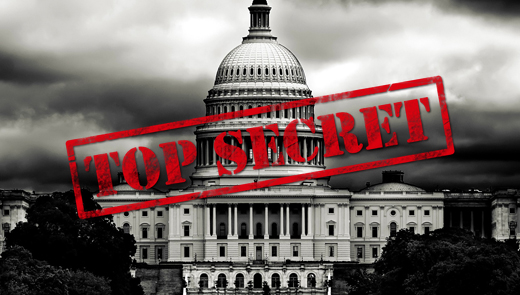 Tax provisions that benefit lower-income individuals are a priority of Sen. Jay Rockefeller, the second-ranking Democrat on the Finance Committee.

"Our current tax code provides us a solid foundation for increasing opportunity and upward mobility for people who are low-income, but we clearly must build on these provisions and the successes they create," said the senior senator from West Virginia in his letter to the Finance Committee leaders.

Another Finance Committee member, Sen. Ben Cardin (D-Md.) has let Baucus and Hatch know that he wants, in part, to keep or increase the current progressivity in the tax code; protect retirement savings; and provide tax incentives for energy innovations that will spur creation of cleaner, more secure and affordable sources.

Cardin also indicated support for a progressive consumption tax that would "reduce or eliminate income taxes for many Americans and lower corporate taxes for small businesses and others."

Sen. Mike Enzi's (R-Wyo.) letter to the Baucus and Hatch focused on two proposals he would like to see considered as part of tax reform. Both are detailed in bills that Enzi has previously introduced:

Sen. Joe Donnelly (D-Ind.) told the Finance Committee chair and ranking Republican that any bipartisan tax reform effort should focus on economic competitiveness and deficit reduction. That latter goal, wrote Donnelly, could be achieved by "eliminating inefficient tax provisions and loopholes for the purpose of deficit reduction."

"I acknowledge that the phrase 'middle class' is relatively vague," Murphy wrote, "but for high-cost states like Connecticut, family incomes under $200,000 certainly qualify within this definition."

Murphy also said that tax reform must raise revenue. That could be done, he wrote, by examining the existing major tax expenditures -- deductions, credits, exemptions -- to determine whether "these tax benefits continue to incentivize the behavior they were originally intended to encourage." He noted the lower capital gains tax rates, which now are a tax break boon for wealthier individuals.

The most extensive proposals came from Independent Sen. Bernie Sanders, who made it clear that he has nothing to hide when it comes to tax reform.

"Given the fact that my suggestions represent the interests of the middle class of this country and not powerful corporate special interests, I have no problem with making them public," the Vermont lawmaker said.

Among Sanders' tax reform suggestions are a tax on Wall Street speculators, higher capital gains and dividends rates for the wealthiest Americans and a carbon tax.

The Hill newspaper's On the Money blog has additional information on blank-slate tax reform suggestions by other Senators who aren't worried about airing their ideas.