We just celebrated America's 237th birthday, but the land of the free is far from that when it comes to bad habits.

More, and higher, sin taxes are regularly showing up in state tax codes.

The most recent sin tax hike showed up on July 1 -- the start of most states' fiscal year and the usual effective date for new laws -- in Minnesota.

New York still leads the state cigarette tax list with its levy of $4.35 per pack plus another $1.50 per pack tax if you buy your smokes in the Big Apple.

But Minnesota's increase now gives the state the sixth highest cigarette tax in the nation, according to the Campaign for Tobacco-Free Kids. 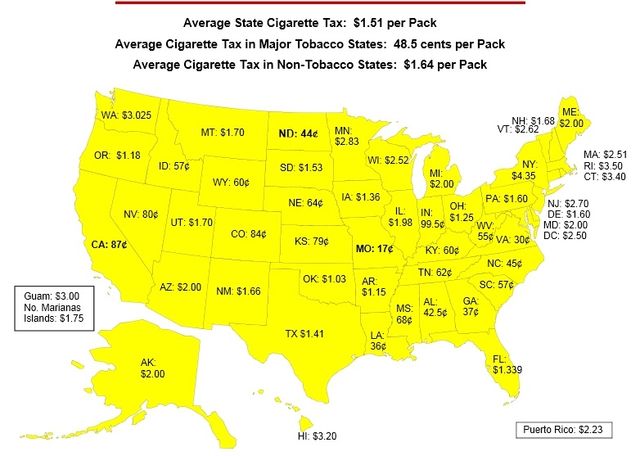 The anti-smoking, pro-tobacco-tax trend is not new.

In 2012, Illinois more than doubled its excise tax on cigarettes to $1.98 per pack. When you count Chicago's local tax, the total cigarette tax on a pack in the Windy City comes to $4.66.

And remember, you'll also owe your state and local sales taxes on the smokes, too.

Paying more for potent potables: Then there's the price of a cocktail.

Washington State privatized liquor sales last year. While that typically produces lower prices, the Evergreen State's tax increase on distilled spirits of up to $35.22 per gallon offset any consumer savings.

Why? Because restaurants and retailers that must pay the tax typically pass along their costs on a per-drink or by-the-bottle basis to customers.

Washington's excise tax on liquor is the highest in the nation.

12 states that depend on sin: Washington's alcohol excise tax is high enough to help earn it a place in what Bloomberg is calling the Dirty Dozen of sin taxation.

These are the 12 states, according to the news service, with the greatest percentage of total tax revenue derived from so-called sins, typically booze, tobacco, certain food and beverages and betting.

Leading the list is New Hampshire, which ironically has among the lowest sin tax rates in the country. But, says Bloomberg, the Live Free or Die State's revenue from bad habits accounted for 10.2 percent of the state's total tax revenue in 2012.

That was the largest percentage of money from sin taxes of any state.

Do you think sin taxes work? Or are they just easy ways for states to collect more revenue? If you live where it's easy to cross a border and pay a lower alcohol or tobacco tax, do you take that sinful shopping trip?