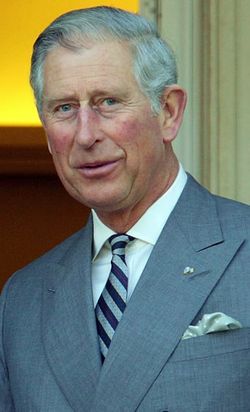 Prince Charles is no doubt enjoying his new status as a grandfather.

But the king in waiting (and waiting and waiting) has more than just the still-unnamed baby prince on his mind.

The estate's financial statement for the year ending March 31 reported a value of £19 million, almost $29 million U.S. That was an increase of just more than 4 percent over the previous year.

Charles himself does pay taxes on earnings he receives from the Duchy, a voluntary practice by the Royal Family since 1993.

Last year, he reported a tax payment of £4.4 million, or around $6.8 million U.S. That bill would have been higher if the Prince of Wales hadn't offset almost £11 million (almost $17 million U.S.) against official expenditures.

Calls for formalized royal taxation: Tax and anti-monarchy groups argue that tax breaks for the duchy and a voluntarily tax for the prince are unjustified. The duchy, they say, is in fact a company and should pay taxes as such.

"The Duchy is a very unusual organization," said Nye. "It's a private estate, and it's not a corporation … there is a council, but it's an advisory council, it advises the Duke of Cornwall. … Essentially it is a set of properties that belong to the Duke of Cornwall, the fact that it's a large set of properties and worth a lot of money doesn't per se make it a corporation."

And as for taxes, which the Queen and the Prince of Wales have paid of their own volition since 1993 since income from the Duchy of Cornwall is technically exempt from tax, Nye told lawmakers, "they don’t choose how much tax to pay; they choose to pay tax in the normal way."

Will the tax-the-crown groups get their way? Perhaps eventually.

But there are plenty of other nonpayers to look at, too.

The examination of the Royal Family's tax situation is the latest in a string of investigations into British tax avoidance by some of the world's biggest global corporations, including Amazon, Google and Starbucks.