Did IRS troubles play a role in delay of Obamacare penalty? 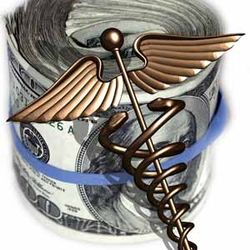 One of the most contentious portions of the Affordable Care Act, also known by its acronym ACA or Obamacare, is the penalty that's to be assessed large employers who don't provide health-insurance coverage to workers.

The penalty, which could be a fine of up to $3,000 per employee if a company with 50 or more workers doesn't offer affordable insurance to workers, was to go into effect in 2014.

But in a surprise announcement last week, the Obama Administration said it would postpone the penalty provision until 2015.

That one-year delay is this week's By the Numbers figure.

"From the start, this Administration has encouraged an ongoing dialogue with the leaders of our nation's businesses, large and small," wrote Obama adviser Valerie Jarrett on the White House blog. "As we implement [the health care] law, we have and will continue to make changes as needed. In our ongoing discussions with businesses we have heard that you need the time to get this right. We are listening. So in response to your concerns, we are making two changes"

The first, noted Jarrett, is a revamping of the reporting process. "We will convene employers, insurers, and experts to propose a smarter system and, in the interim, suspend reporting for 2014," said Jarrett.

And the second change is the biggie: the penalty delay. Jarrett elaborated on the blog:

"As we make these changes, we believe we need to give employers more time to comply with the new rules. Since employer responsibility payments can only be assessed based on this new reporting, payments won't be collected for 2014. This allows employers the time to test the new reporting systems and make any necessary adaptations to their health benefits while staying the course toward making health coverage more affordable and accessible for their workers."

Treasury also took to its blog, Treasury Notes, to discuss the now-delayed health care role of the Department and the Internal Revenue Service.

In a post titled Continuing to Implement the ACA in a Careful, Thoughtful Manner, Treasury Assistant Secretary for Tax Policy Mark J. Mazur said that the Department will "within the next week ... publish formal guidance" on the reporting and penalty implementation delay.

Politics as well as business concerns: It's no secret that many businesses have been complaining about the upcoming reports and potential penalties. I don't doubt those squeaky wheels are part of the reason for the postponements.

But let's be honest. 2014 is an election year. The midterm balloting could make a big difference to the political makeup of Congress.

So let's not be naive.

Any new government process, even when most want and support it, usually doesn't go smoothly in its early days. The Democrats and Obama did not want to hear a lot of campaign and Super PAC ads trumpeting the compliance horrors and corporate costs during this new phase of health care reform.

Don't believe me? Look at the Republican reaction to the postponement. Republicans who now control the House and have tried 37 times to repeal Obamacare are screaming that the law must take effect as written in 2014.

Yes, in the bizzaro world that is U.S. politics, some in the GOP are arguing that the delay actually is illegal. Why would those who want Obamacare gone entirely want this component to continue? It would give them an easy election year opportunity to again pound the ACA.

"The president has delayed a critical component of the Affordable Care Act," said Rep. Darrell Issa, chairman of the House Oversight & Government Reform Committee, in a statement. "It is unclear that he has the authority to do this without Congress."

Of course, Issa already has taken swipes at Obamacare during his committee's hearings on some of the Internal Revenue Service's recent troubles. And Republican Ways and Means members are threatening to cut off IRS funding, which would stymie not only the agency's traditional tax collection and enforcement efforts, but also any health care related duties.

IRS, taxes and health care: The IRS role in Obamacare has always been a point of contention on Capitol Hill.

The Supreme Court ruling that Congressional taxing authority made Obamacare is constitutional did little to quell the debate. In fact, it united opponents of both health care reform and the IRS.

That the IRS will administer 47 tax provisions under the health care act, including (eventually) the penalties against businesses who don't provide and individuals who don't buy health insurance, only cemented their dislike of both the ACA and the IRS.

Then along came the spate of IRS scandals.

It was during that period that some groups were put on be on the lookout, or BOLO, lists and their 501(c)(4) applications for tax-exempt status were subject to additional scrutiny.

Such a connection, GOP critics contend, raises doubt as to how fairly and efficiently the IRS can do its health-care policing job.

So it's fair to ask whether that by delaying one part of the ACA the Administration also is trying to distance its hallmark piece of legislation from the IRS' current troubles.

Probably. Anyone who's spent any time in D.C. knows that politics and policy can never be separated.

So while the IRS' issues might not have been a major reason for the delay, you can be sure that they were mentioned during discussions of the penalty postponement.