A quick reminder for Boston area taxpayers and others affected by the April 15 Boston Marathon explosions: Your 2012 tax returns and payment of any tax are due Monday, July 15. 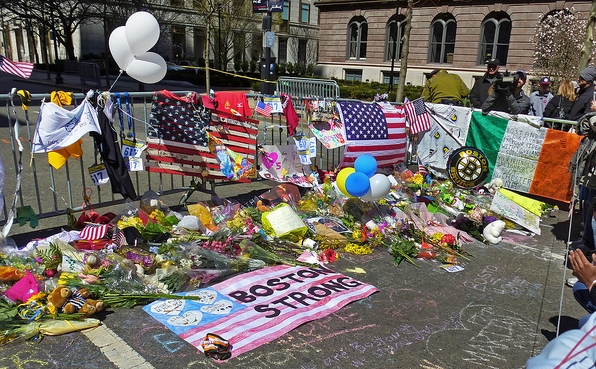 Much of downtown Boston was still closed to the public on April 21 when Liz West took this photo, available via Flickr, of the area around where the two bombs exploded as the April 15 Boston Marathon was wrapping up.

The extended deadline applies to all individual taxpayers who live in Suffolk County, Mass., including the city of Boston. It also covers victims, their families, first responders and others impacted by this tragedy who live outside Suffolk County, as well as taxpayers whose tax preparers were adversely affected.

The special treatment means that any tax filings and payments that normally would have been due on April 15 are now due July 15. The IRS won't charge any filing and payment penalties as long as the eligible 2012 returns are filed and payments are made by Monday.

Interest, however, will be added from the normal April 15 due date. It's not that the IRS wouldn't like to waive those charges, too, but it can't. Interest, currently accruing at the annual rate of 3 percent compounded daily, is statutorily required.

If you qualify for the extended filing and payment deadline, you shouldn't have to do anything, especially if you live in Suffolk Country. If you are eligible for the extension but later receive penalty notices from the IRS, call toll-free 1-866-562-5227 to have these penalties abated.