When I started working, a handful of companies still offered their workers a pension plan. I'm talking a real pension plan, one where the business alone set aside some money that you could collect each month after you retired. 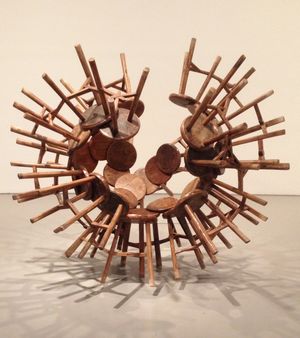 Back then, financial planners regularly referred to pensions as one leg of the three-legged retirement planning stool: pension payments, personal savings and Social Security benefits.

Those three retirement components account for this week's By the Numbers figure.

But retirement planning has gotten much more complicated in recent years.

Two wobbly legs: We continue to hear about Social Security's financial troubles. Whether the federal retirement benefit system's troubles are overblown for political reasons or truly dire is up for debate.

But there is a real possibility that at least some changes will be made to the system -- chained consumer price index (CPI) to determine payment amounts, even later retirement ages for future beneficiaries -- that will result in less money for many retirees.

What about savings? The housing crash, recession and return of the full 6.2 percent payroll tax have hampered savings, as folks over the last few years have used most of their income for day-to-day living expenses.

The personal saving rate -- personal saving as a percentage of disposable personal income -- was 2.5 percent in April 2013, according to the U.S. Commerce Department's Bureau of Economic Affairs. That was the same as in March and up fractionally from January's 2.4 percent rate.

Instead, most of us have defined contribution plans, where workers bear most of the burden for saving for their post-work years.

The good news with defined contribution plans, usually in the form of 401(k) accounts, is that they're portable. When you leave the job where you have the account, you can roll them into your new employer's 401(k) or into a traditional IRA. And some companies match at least a portion of employee contributions.

The bad news with defined contribution plans is that you have to take charge of your retirement savings. Too many of us aren't doing this.

Forty-two percent of those surveyed in a recent Bloomberg national poll said that they need to increase their retirement savings this year, but can't afford to do so.

A subsequent National Institute on Retirement Security (NIRS) poll produced similar results. NIRS found that those near retirement have only $12,000 in total individual retirement account and defined contribution plan balances.

For younger workers, the news is worse. Their median retirement accounts balance was just $3,000.

Overall, according to the NIRS survey, the retirement savings gap for working-age households is $14 trillion.

Tax breaks for workplace retirement plans: But there is a little bit more good news for defined contribution plans. They have tax advantages.

The money is taken out of your pay and put into your 401(k) before you get your check, meaning there is less income on which to calculate income tax withholding amounts.

Then when you do start drawing from the accounts in retirement, you could be in a lower tax bracket.

Of if you want to do away with future retirement account taxes, more companies are offering Roth 401(k) plans. Like the Roth IRA, money put into a Roth workplace account is taxed up front but those contributions and earners are eventually tax-free.

Of course, the key is to start putting money into your workplace account, now and as much as you can afford. You'll thank yourself later.

Duh! Thanks Mike for catching that. Correction made.

Incorrect about payroll taxes -- 401k contributions are after FICA, not before. Pre-FICA deductions are FSA and HSA.