We never got to see more than a couple of Mitt Romney's tax returns during the last presidential campaign, but we now know the identity of the man who said he would show us more for a price. 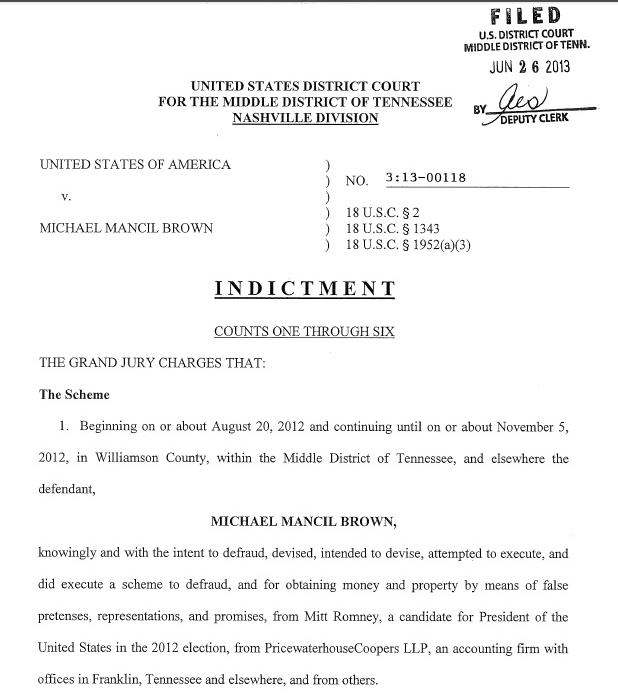 Federal investigators say Brown sent the anonymous ransom note last August to the PricewaterhouseCoopers LLP office in Franklin, a Nashville suburb. That online message demanded $1 million in digital currency be deposited to a Bitcoin account or Romney's income tax returns would be released.

In addition to going to the national accounting firm which did handle some of Romney's financial work, the sender delivered copies of the tax return claim and money demand to the Nashville-area Republican and Democratic party offices.

The sender also invited anyone else who wanted the returns and who could come up with the digital cash to send the money to another Bitcoin account.

The ransom, which from the get-go most believed was a hoax, arrived during the increasing call by Democrats and many media outlets for more tax transparency from the Republican presidential candidate.

I was among the doubters, noting that, among other things, a $1 million ransom demand seemed way too low for such juicy political information about a very wealthy man who could easily pay much, much more.

It will be interesting to see if Brown's defense is as creative as his alleged extortion attempt.