It's Flag Day. Are you flying the Stars and Stripes?

Americans are natural flag wavers, both figuratively and literally. So the idea of Flag Day was welcomed back in 1885 when Wisconsin teacher Bernard J. Cigrand asked his students to write essays on the U.S. flag and its significance.

The assignment fell on the anniversary of the Continental Congress's vote in 1777 to adopt the Stars and Stripes.

It became an official national holiday in 1949 when President Harry Truman signed legislation designating each June 14 as Flag Day.

After the terrorist attacks of 9-11, U.S. flags became regular fixtures at millions of homes and businesses.

Although the flag-waving ardor has waned a bit in recent years, the Flag Manufacturers Association of America says that almost $303 million in flags, banners and similar national emblems by U.S. manufacturers were produced in 2012.

At last count, 14 states encourage the purchase of American flags by exempting them, as well as their states' flags, from sales tax. 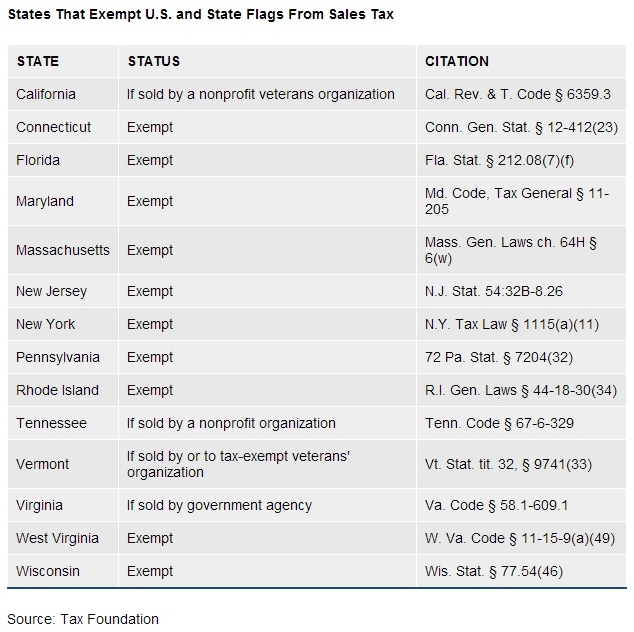 And Scott Huler says Flag Day is the perfect time to also think about taxes. Huler explains in his TEDx talk why taxes are patriotic and are, in fact, the very lifeblood of what the flag symbolizes.

I have a very personal connection to Flag Day. It's my late brother's birthday.

As I noted in my very first Flag Day post on the ol' blog back on June 14, 2006, when he was a small child, Ben Allen thought the flags were put out for him.

We let him keep thinking that.

And in my heart, they are still out there flying for you today, little Bro.