It's a miracle! The House and Senate have agreed on a piece of legislation.

OK, it's not a major measure. But you've got to start somewhere, especially with this Congress. 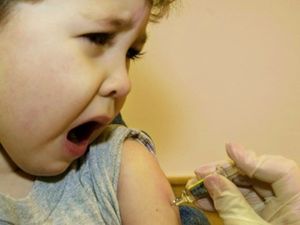 The bill that became the first one to pass both chambers in the 113th Congress, which convened on Jan. 3, is H.R. 475. It adds a 75-cent excise tax on each dose of quadrivalent (four-strain) flu vaccine.

It's now headed to President Obama to be signed into law.

Not new tax, just expanded protection: The Internal Revenue Code already has a section that allows for taxes on certain vaccines. Now this particular type of flu shot will be added to the list.

The money from the vaccine excise tax goes to the Vaccine Injury Compensation Program.

This is a no-fault system created in 1986 to compensate for injuries or death caused by vaccines. At that time, many feared that lawsuits could cause vaccine manufacturers to reduce research or leave the market altogether.

The Centers for Disease Control and Prevention projected that 145 million doses of flu shots would be available for use during the 2012-13 influenza season. Using that figure, almost $109 million will go to the fund.

All flu shots we've already been getting have included this 75-cent tax. Before passage of this four-strain flu bill, however, the vaccine compensation fund only covered flu vaccines that protect against up to three viral strains.

Since the flu shot tax already is in place, we won't pay any more for our shots. But now any ill effects from the broader vaccinations to which the tax now applies also will be covered by the compensation fund.

Wider flu protection: Quadrivalent flu vaccines were approved by the Food and Drug Administration in 2012. Manufacturers, however, have delayed sending them to market, waiting instead to be included in the vaccine injury fund coverage.

And when pharmaceutical companies come up with a five-strain (or more) flu vaccine, those will be covered, too, since the legislation covers "any other vaccine against seasonal influenza."

"This legislation can help make the upcoming flu season less miserable for millions of Americans and avoid expensive hospital stays for those most susceptible to the flu," Gerlach said following the House passage of his bill.

Not only does the bill have medical and legal significance, but also tax and legislative import in this particularly slow to do anything Congress.