The federal debt is at more than $16.8 trillion and counting. In less than two weeks, the amount of money that Uncle Sam can borrow to pay his (our) bills will need to be increased.

The Treasury Department has said it can take "extraordinary measures" to cover the federal debt, giving us a bit more time beyond May 19 when we technically hit the debt ceiling.

But the debt ceiling debate is heating up.

Debt fight resumes: The Republican-controlled House this week may take up the Full Faith and Credit Act. This measure would allow the Treasury to take on more debt in order to pay principal and interest on current publicly held debt and debt held by the Social Security system.

House Democrats are opposing the bill. According to a report issued by the dissenting Democratic members of the Ways and Means Committee:

The Full Faith and Credit Act is likely to pass the House, but will face opposition in the Democratically-controlled Senate.

Sen. Max Baucus (D-Mont.), the chair of the Senate Finance Committee, apparently is more amenable to the tax reform proposal. Baucus, who will not seek re-election in 2014, has indicated that tax reform is his primary goal before he leaves office.

President Obama, however, has said he will not negotiate over whether the United States pays its bills.

Of course, both sides were entrenched two years ago. The summer of 2011 is when the debt ceiling deal led to the Congressional super committee and then to sequestration.

That convoluted financial and political situation was one of the topics I touched on last week at my other tax blog.

Back then, the consensus was that sequester, the broad and painful automatic cuts in all programs, would be the perfect threat to force Democrats and Republicans to come to a budget deal. I mean really, no legislative body would be so dysfunctional as to let that happen, would they?

They would. And did. Now we all should be at least a little afraid as the debt ceiling is looming again.

I know I'm quaking a bit thinking what bright ideas this current Congressional crop might come up with.

Home mortgage interest spotlight: Also last week, I blogged about a Ways and Means committee hearing that looked into what changes tax reform (yes, that phrase keeps popping up on Capitol Hill) might have on current homeowner tax breaks.

If the testimony at the hearing was any indication, lawmakers seem pretty happy with the way the tax code currently rewards homeowners.

Ways and Means Chairman Dave Camp (R-Mich.) noted that "the real estate industry plays a large role in our economy. So, this is an area that needs careful, thoughtful review." Translation, we'll go really slow before we make any changes here.

Still, homeowners should expect this topic to come up in tax reform debates.

A recent report by the Pew Charitable Trusts found that the deduction for home mortgage interest is one of the largest tax expenditures in the U.S. tax code.

"In tax year 2011, filers deducted about $360 billion in mortgage interest, resulting in roughly $72 billion in forgone federal income tax revenue. Only two federal tax expenditures were larger that year, and in years past this deduction has often ranked second behind the exclusion for employer-provided health insurance."

In addition, the Pew report found that the mortgage interest tax break is of greater benefit to homeowners in areas with relatively high incomes and property taxes. 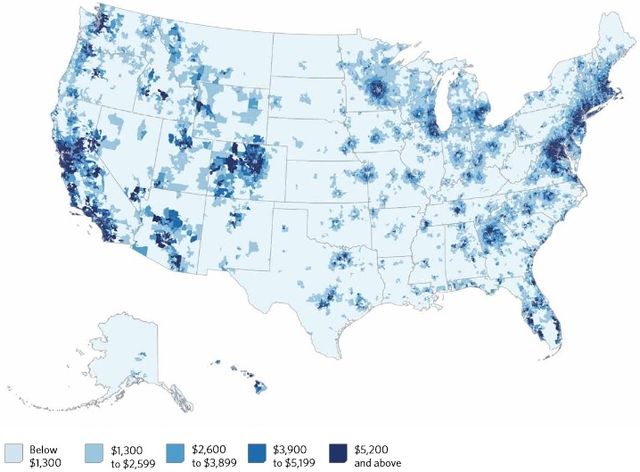 Special bipartisan panels have repeatedly recommended the mortgage interest deduction be dropped and replaced with a tax credit.

But the housing lobby and, as the Ways and Means hearing indicated, lawmakers are loathe to let go of this tax break.

You can check out my new posts at Bankrate Taxes Blog on Tuesdays and Thursdays. If, however, you happen to miss them there, you can find a summary (and links) here the following weekend.

Or the following Monday, if the weekend included Kentucky Derby parties and Cinco de Mayo.

I love paying a higher effective tax rate than people with three times my income. Thanks, Congress!