When the final week before Tax Day rolled around, so did concerns about taxpayer privacy.

First came worries that the Internal Revenue Service might be spying on tax audit targets via social media. 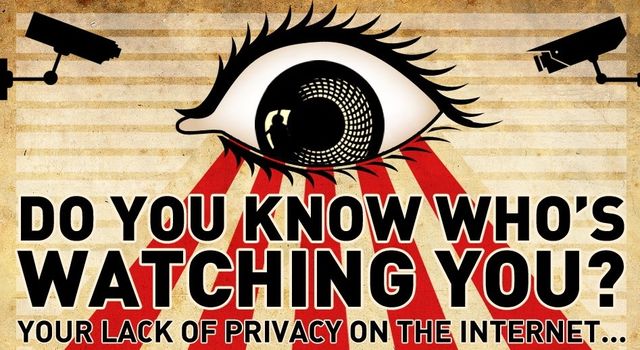 It's unclear as to whether the tax agency has formalized such a strategy (more on this in a few paragraphs). But, as I noted last week at my other tax blog, it wouldn't be too much of a surprise for tax investigators to take advantage of all public resources.

That means if you do insist on bragging about a high-dollar lifestyle and the IRS already has some questions about your tax return, you're not helping your case.

It's already happened. In 2008, online sharing and youthful hubris led to a six-figure state tax bill being levied against some current and former Oklahoma college students who bragged on MySpace about their party business. That boast was enough for the Oklahoma Tax Commission to issue the erstwhile businessmen a $320,000 tax bill.

And online tax investigation is not limited to the United States.

Ireland's Independent.ie reports that tax authorities in Lithuania are using Google maps to take "a virtual cruise around the streets of some of the Baltic country's big cities, uncovering dozens of alleged tax violations involving housing construction and property sales."

Email is a different matter: Of course, what you put out for public consumption is one thing.

But when the IRS starts getting a little more electronically aggressive, well, that's a totally different matter.

And now folks, including the Ways and Means Oversight Subcommittee chairman, are demanding answers from the IRS about a report that the IRS says it doesn't need a warrant to read taxpayer email.

Here's what CNET.com has to say about the email situation:

"Newly disclosed documents prepared by IRS lawyers say that Americans enjoy 'generally no privacy' in their email, Facebook chats, Twitter direct messages, and similar online communications -- meaning that they can be perused without obtaining a search warrant signed by a judge.

That places the IRS at odds with a growing sentiment among many judges and legislators who believe that Americans' email messages should be protected from warrantless search and seizure. They say email should be protected by the same Fourth Amendment privacy standards that require search warrants for hard drives in someone's home, or a physical letter in a filing cabinet."

Boustany wants the IRS to provide its privacy policies and procedures for when a search warrant is needed, including what information agents are gathering and how frequently they search through emails and social media for taxpayer information.

"Taxpayers deserve to know whether the IRS is violating their privacy," said Boustany in a statement announcing his letter to the commissioner. "It is concerning that the IRS may be gathering information through Americans' emails and social media and I demand to know what purpose it is serving."

Watchdog reports on IRS privacy: All this attention to what info the IRS is perusing comes on the heels of a report about the agency's policies governing privacy of the taxpayer information it is authorized to collect.

The Treasury Inspector General for Tax Administration (TIGTA) looked at the IRS' Privacy Impact Assessment (PIA) process, which it noted is key to establishing privacy protection that "is both a personal and fundamental right of all taxpayers and employees."

TIGTA's news is not good for the IRS.

The IRS watchdog office says that the IRS "has not established effective processes to ensure that PIAs are completed timely, updated, and made publicly available and that privacy policies are posted on public websites for all required systems and collections of information."

"The privacy of taxpayer information is essential to taxpayer confidence in the fairness and integrity of the American system of tax administration," said J. Russell George, the Treasury Inspector General for Tax Administration, in releasing the report, which included 11 privacy improvement recommendations.

UPDATE: The IRS has made it official. It will not go snooping into your electronic communications without first obtaining a warrant.

Other issues at my other tax blog: While privacy is always paramount when it comes to taxes, I also blogged about a couple of other issues last week for Bankrate.

As millions of us procrastinators were focusing on our annual tax filings, the president finally released his fiscal year 2014 federal budget.

Many of the tax provisions in the financial plan are rehashes of earlier Obama Administration proposals.

I also reminded everyone that April 15 also is the deadline for several other tax tasks.

You can check out my new posts typically each Tuesday and Thursday at Bankrate Taxes Blog. If you happen to miss them there, you can find a wrap-up here the following weekend.