Home Table of Contents Tax Tips Credits Deductions Refunds State Taxes Politics/Laws Tax Terms Archives
Smokers are among the latest federal tax targets
Did you get your $25 gift card from H&R Block yet?

The ringleader of a South Florida identity theft ring that filed $11.7 million worth of fraudulent federal income tax refunds was sentenced last week to more than 26 years in prison and $1.9 million in restitution. 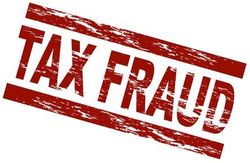 At the sentencing of Alci Bonannee, 36, of Fort Lauderdale, federal prosecutors said the scheme was one of the biggest and most successful they've seen. It was so convincing, noted the trial judge, that the Internal Revenue Service approved some $4.5 million of the requested refunds.

It also is a prime example of what federal proscutors called a tax fraud "epidemic" that is more rampant in South Florida than anywhere else in the nation.

Why is Florida a hotbed for tax crimes that tend to focus on refundable credits such as the Additional Child Tax Credit and the Earned Income Tax Credit (EITC)?

Jim Buttonow at Beyond415 blog offers some reasons why the Sunshine State is prime tax fraud territory:

I spent six mostly great years in South Florida, but this tax fraud situation makes me glad the hubby and I are no longer living in tax fraud central.

The Bonannee tax fraud trial wrap-up ties in nicely with topics I touched on last week at my other tax blog.

First up was a Treasury Inspector General for Tax Administration (TIGTA) report that the IRS is still handing out billions that it shouldn't. In fiscal year 2012 alone, according to TIGTA, the tax agency paid out as much as $13.6 billion in improper EITC claims.

Then came word, this time at a Congressional hearing on what the Senate Special Committee on Aging calls an epidemic of identity theft among seniors, that in the ongoing battle between the IRS and identity thieves, the crooks have the edge. For now.

You can check out my new posts at Bankrate Taxes Blog on Tuesdays and Thursdays. If, however, you happen to miss them there, you can find a summary (and links) here the following weekend.