Virginia lawmakers last month passed a massive transportation bill. It's the first overhaul of the state's transportation funding since 1986 and is expected to bring in $880 million a year to help maintain 58,000 miles of roads.

The plan includes a mix of taxes.

The Old Dominion's 17½ cents-per-gallon retail gasoline tax will be replaced by a 3.5 percent wholesale tax on gasoline and a 6 percent levy on diesel fuel. The state's sales tax will go from 5 percent to 5.3 percent, with a portion of that increase slated for road projects.

But the transportation funding component that caught my eye is the one that targets environmentally conscious drivers.

Virginians who purchase a hybrid vehicle will now have to pay the state an extra a $100 registration fee.

That new charge also is this week's By the Numbers figure.

In the grand scheme of Virginia's new transportation taxes, the hybrid levy is tiny.

If someone is buying an expensive hybrid vehicle, a hundred bucks is not that much. And even if you count all the Prius-driving Northern Virginians, there are many more gas guzzlers in the rest of the state.

But the hybrid fee could signal a trend.

The issue is transportation fairness. It's sort of the on-the-road cousin to tax fairness.

Because hybrid vehicles don't use as much gas as regular cars, their drivers don't contribute as much to the gas tax fund. And with less money coming in, roads fall into disrepair more quickly.

Some folks have argued for a per-mile tax to offset this inequity. That idea, however, doesn't sit well with auto loving Americans, who do a lot of driving and don't want to worry about having to keep an eye for tax purposes on their miles.

Even more troubling is the idea that it might be a way for a government to watch where you're going.

So fees like the hybrid charge in Virginia are likely to show up in more places. 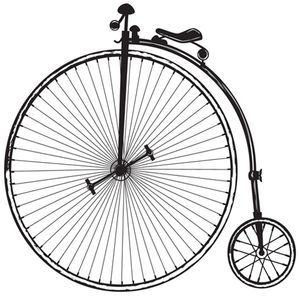 Bikes, too: In fact, the idea might expand to other forms of transport. That's already happening in the Pacific Northwest.

Some Washington state legislators have proposed a tax of up to 5 percent on bicycle sales in the state.

As expected, the state's cycling community is up in arms.

One of the lawmakers who help write the transportation package that includes the two-wheeler tax admitted that she doesn't agree with the bike levy, which would raise only about $1 million.

But Rep. Judy Clibborn said she put it in the bill for "largely symbolic reasons."

"They always say—and I don't agree—that [cyclists] are not paying for anything," Clibborn told the Stranger. But the provision changed perceptions of the revenue proposal among her colleagues and helped garner support for the overall bill.

Cyclists are quick to point out that most of them also are automobile owners who pay their share of taxes. "We pay taxes in many forms that fund streets and roads at the same time we take a load off them by riding our bikes," notes the Bicycle Alliance of Washington.

And don't be surprised to see similar symbolic tax approaches across the United States.

Why people still use to read news papers when in this technological globe the whole thing is existing on web?