The just-released report, which is compiled from the Consumer Sentinel Network's online database of consumer complaints available only to law enforcement, covers consumer kvetching in 2012.

And last year marks the first year in which more than 2 million total complaints were logged.

Eighteen percent of those were related to identity theft. And of those, more than 43 percent were connected to tax- or wage-related fraud. 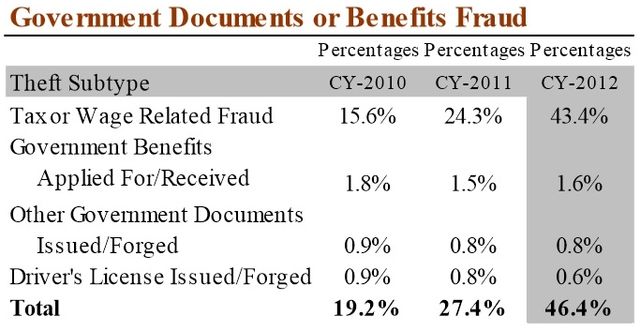 Complaints about government documents and benefits fraud increased 27 percentage points since calendar year 2010, according to the latest report. The FTC noted that tax or wage-related fraud accounted for the major growth in this area.

The report confirms what the Internal Revenue Service has acknowledged. The IRS says the number of identity theft cases has doubled each year in recent years.

National Taxpayer Advocate Nina Olson concurs. "Our cases have increased by about 650 percent since 2008," says Olson.

Don't be a tax scam victim: The reason for the increasing tax-related ID theft? Too many of us are still falling for tax scams.

Remember, the IRS does not initiate contact with taxpayers via email. The folks doing that are crooks who are trying to get you to tell them your personal tax and financial information. Or they want you to click on a link that will use computer malware to steal that data.

The IRS has a special Web page with tips on protecting your tax identity, including avoiding email phishing scams designed to get you to reveal tax and personal financial data.

If, however, a criminal does get your personal info and file a fraudulent return in your name, as soon as you discover the crime, let the IRS know.

You likely will first learn of the ID theft when you receive a notice from IRS that someone has already filed a tax return in your name. When you get that communication, respond immediately to the name and number printed on the notice or letter.

You will then need to fill out the IRS Identity Theft Affidavit, Form 14039.

And if you run into difficulty in trying to resolve fake tax filings, contact the IRS Identity Protection Specialized Unit (IPSU) toll-free at 1-800-908-4490. That office is open Monday through Friday from 7 a.m. until 7 p.m. your local time. Alaska and Hawaii taxpayers, please follow Pacific Time when making your calls.

ID theft hot spots, targets: And just where did the FTC report find identity theft the most prevalent?

Tax fraud runs rampant in Florida. The Sunshine State has the highest per capita rate of reported identity theft complaints, followed by Georgia and California.

And despite worries by those of us with older parents, senior citizens (many of whom have retired to Florida) don't appear to be prime identity theft targets. 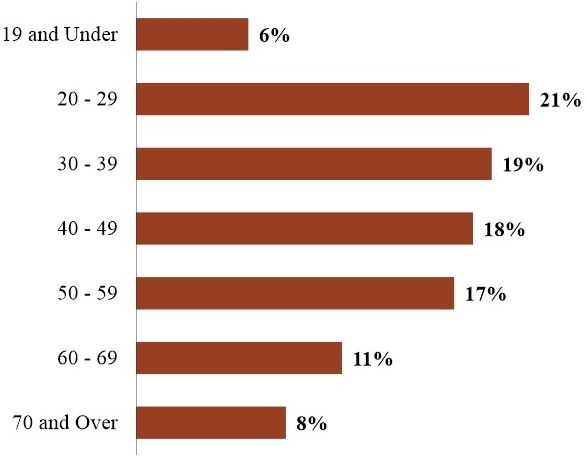 It appears that that old age and treachery fought off identity thieves better than did youth and skill.

Other consumer concerns: Coming in second to identity theft in the 2012 tally were complaints about debt collection practices, cited by 10 percent of consumers.

Have you been a victim of ID theftn (I was)? How about harassed by an aggressive bill collector? Do your personal experiences match up with the 2012 FTC consumer complaint list?