A tax lawyer has ethical problems with tax loopholes

No, the headline isn't a joke. It's part of a question considered today by Chuck Klosterman, who writes The Ethicist column for the New York Times Sunday magazine.

I am a tax lawyer. Is advising wealthy companies of ways to reduce their tax bills through sophisticated legal structures ethically permissible? The structures take advantage of legal loopholes in the tax legislation. NAME WITHHELD, NEW YORK

The ethics of specific professions create unique realms of responsibility. In the same way that a defense attorney is ethically obligated to give his client the best possible defense — even if he's convinced of the individual's guilt — your principal responsibilities lie with the company hiring you. You need to do your job to the best of your abilities, within the existing rules. You should, however, voice your moral apprehension about the use of such loopholes to the company you represent.

The key here is, as Klosterman notes, "within the existing rules."

The anonymous tax lawyer says the moves are legal within the current tax laws, so I'm not sure why he (or she, but I'm going to use he for ease of reference) is writing. 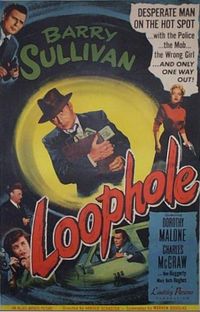 Keep in mind, loopholes aren't illegal. They are, in fact, legal ways to avoid paying taxes.

But it often seems that while the people, or companies in this case, benefiting from loopholes are following the letter of the tax law, they aren't adhering to the spirit of the tax law. So tax loopholes, especially if they don't apply to us, have a bad connotation and worse reputation.

The lawyer can, and should, let his U.S. Representative and Senators know of his concerns with tax law loopholes that he finds discomforting.

It sounds like to me, though, that the attorney just doesn't like his job or his clients.

And if that's the case, he should be talking with a career counselor instead of writing an advice columnist.