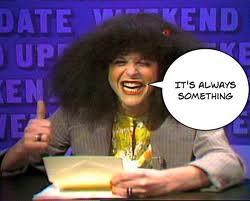 Roseanne Roseannadanna might have been talking about every tax filing season when she proclaimed "It just goes to show you, it's always something. If it ain't one thing, it's another."

That's certainly the case for the 2013 tax season, which started late and has been rolled out in stages depending upon what forms you need to file.

And just when we thought things were finally on track with the Internal Revenue Service's final document updates, the craziness that is this year continues with problems for some TurboTax and H&R Block customers.

NOTE: UPDATES are included in the specific company issues below.

Filings that involved education credits already were delayed until Feb. 14 while the Internal Revenue Service updated the form and its computer system to synch with the American Taxpayer Relief Act changes enacted on Jan. 2.

Then just a week later, problems with some education credit claims popped up. The IRS announced that folks were not answering questions on Form 8863 that deal with the applying student's years of education and drug convictions, both issues that could invalidate a claim for the American Opportunity Tax Credit.

That already was painfully obvious for a lot of taxpayers.

Complaints started showing up on the Internet, including H&R Block's own "The Community" forum. There Block customers wondered:

Scott Gulbransen, Block's Director of Social Business for the tax preparation giant, addressed the customers in his March 4 blog post, What You Need to Know About Form 8863. Basically, explained Gulbransen, Block agents filled out Form 8863 this year just as they did in previous filing seasons, answering "Y" for Yes and leaving the line blank for No answers to questions 22-26 on Form 8863.

But, said Gulbransen, "The IRS no longer accepts this format leading these returns to be reviewed further, but without delaying the estimated 21-day refund cycle. Once we learned of this change, we worked to comply with the new IRS process and now are transmitting an 'N' for a No answer. We do apologize for the inconvenience to our clients."

OK, that tax situation is sorting itself out, albeit not as quickly as many refund hungry Block clients wish.

UPDATE, Tuesday, March 12: I've been hearing from readers that this is a larger issue than it first appeared. That was confirmed by the IRS.

The snafu is impacting about 10 percent of the 6.6 million tax returns containing Form 8863, IRS spokeswoman Michelle Eldridge told MarketWatch. For folks who aren't good at doing math in their heads, that's more than 600,000 returns.

And here's another six in connection with the situation. Affected taxpayers may have to wait six more weeks before they receive their refunds, she says, adding that the IRS is hoping to reduce that wait time.

TurboTax troubles: So let's head up to The Land of 10,000 Lakes, where some TurboTax clients are just as upset with that software's state tax filing program.

The Minnesota Department of Revenue has warned residents "not to use Intuit (TurboTax, Lacerte, Intuit online, ProSeries) to file your Minnesota taxes electronically or on paper. Intuit has discovered multiple issues with their products. The issues could jeopardize the accuracy of your return or delay your refund."

The emphasis in the announcement is the state's and, yes, Minnesota tax officials are not happy. They added that "we find these errors unacceptable. We expect Intuit to correct these problems immediately. If they fail to do so, the department will stop processing returns filed using Intuit."

Over the weekend, Intuit spokesperson Julie Miller told me via email that the tax software giant has been working closely with Minnesota tax officials and Intuit expects fixes will be in place by today (Monday, March 11) to resolve all issues in the Minnesota state products.

So what was the problem and who's affected?

Miller says there are two issues in the 1040 TurboTax product for Minnesota's individual filers, one dealing with a $5 general state fund political election designation and one related to the state's marriage credit.

"The first doesn't impact the individual's return – we miscommunicated their designation to the state. The second error causes a credit to be understated – so potentially $10-$50 more for the taxpayer depending on their tax situation," said Miller.

There also are two issues impacting the TurboTax Business state product in Minnesota (for S Corps), she noted. Some of these same issues also occur in Intuit's professional tax products.

Intuit estimates that about 10,000 Minnesota customers were affected.

"These were programming errors that despite our rigorous testing and quality assurance process, we missed," said Miller. "We hold ourselves to the highest standards of quality and accuracy and we've clearly fallen short of our expectations and those of the taxpayers and tax professionals who trust and rely on Intuit. Next step will be to address underlying root cause and ensuring we have the processes in place to so this doesn't happen again."

UPDATE, Tuesday, March 12: Progress is being made on the Intuit issue in Minnesota. The state's Department of Revenue has posted details on the many problems with returns filed using TurboTax and other Intuit software.

Note the third column. There Minnesota taxpayers can see whether their returns were affected and any action that they might need to take.

Intuit also has announced that it will issue refunds to affected Minnesota state TurboTax customers for the full amount of their tax preparation fees.

Minnesota taxpayers who have additional questions or concerns can call Intuit at (866) 888-4609.

This problem did not only affect H&R Block or Turbotax. Several smaller tax programs(ourselves included) were also hindered. Great post as always, Kay!

Aren't those avenues supposed to make taxes easier? Phew, as if they weren't confusing enough without technological complications. Turbo-tax still seems like a good investment to me, if they have automatic updates year to year one can download. I hope the IRS isn't penalizing people when it's the fault of the company. Free tax solutions the next year from Block?

Christine, thanks for the update. So noted!

Hi Kay,
Christine from Turbotax here. Just to update you on our progress: the fixes we promised on 3/11 went live that morning.

If you have any follow up questions, you know where to reach me on Twitter. Hope you're getting a chance to enjoy SxSW this year.

The 8863 error for Block is so not getting resolved. I was told by the IRS this morning that it will be another 53 days for me on a return they received on Feb. 15. So by the time this is done the IRS will have had my return for 2.5 months. Block is doing nothing for their clients, who paid for them do their job correctly. Where is the justice in that!