Tax Carnival #113: Presidents Day 2013 or maybe you, too,
can one day be Acting President of the United States

Happy Presidents Day! This unofficial holiday -- the real federal commemoration is for George Washington's birthday -- has, sadly, become more of a sales event than a celebration of civics.

In this edition, in addition to featuring tax tips and advice from contributing bloggers, we'll also highlight six people who also nearly, briefly, sort of served as acting president of the United States. 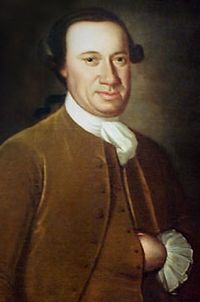 This Tax Carnival theme is inspired by M. Asher Cantrell's Mental Floss article on 5 Other Americans Who Were Kinda, Sorta President. I urge you to read the piece.

You also can click on each of the images in this carnival to learn more about the acting presidents.

No, Al "I'm in Control" Haig did not make the Tax Carnival cut.

But the man who did briefly take over Commander in Chief duties for Ronald Reagan is the sixth person in the Tax Carnival list.

We start our briefly-tenured presidential list with Jon Hanson (left), a delegate from Maryland to the Continental Congress. Until the new Constitution was ratified, the Congress was our young country's national ruling body and Hanson was its first president from 1781 to 1782.

Enjoy Hanson's and his colleagues' stories, as well as the main reason for the carnival, which is, of course, lots of good tax information.

And now to our first item in the 113th Tax Carnival.

Michael Kitces points out that as tax rates rise, the value of tax deferral increases. At the same time, he says, a new generation of ultra-low-cost variable annuities is emerging. That combination raises the question, Is Variable Annuity Tax Deferral Worth Paying For Again? Find his answer at Nerd's Eye View. 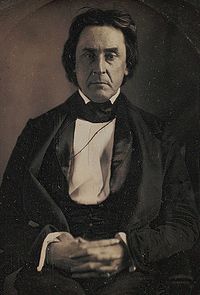 Super Saver and family created their wills and living trusts in 1999 and in the wake of changed estate tax laws, they will be reviewing the documents. He elaborates in Updating Wills and Living Trusts, posted at My Wealth Builder.

When Zachary Taylor refused to be inaugurated on a Sunday back in 1849 and his VP Millard Fillmore also couldn't make the swearing in that day, President pro tempore of the Senate David Rice Atchison (right) took the temporary job. He handed over the keys to the Oval Office the next day when Taylor was inaugurated.

David de Souza says that if you think that you pay too much tax in the US you should compare what you pay to other countries in the world. His blog post on Which countries pay the most tax? provides the global tax details. It's posted at Tax Credits.

John Schmoll explains Why You Should Just Say No to Refund Anticipation Loans. A big reason is that they're full of fees. Details are posted at Frugal Rules.

Steve has some advice for our taxpaying neighbors to the north in Filing Taxes with TurboTax Canada. It's posted at 2014 Taxes.

If you live south of the 49th parallel, don't despair. The Carnival has a tax software review for you, too. 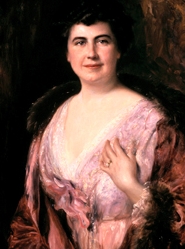 As First Lady, Edith Bolling Wilson (left) was practically co-president (says a wife who's very involved her hubby's life!). And when Woodrow Wilson suffered a paralyzing stroke in 1919, his wife made it semi-official by being his intermediary between various administration and cabinet officials.

This went on for 18 months, during which time the First Lady was, in the opinion of many presidential scholars, the unofficial U.S. President.

Don says reporting a tax cheat and getting a reward is not for the faint of heart. He offers details in How to Report a Tax Cheater, posted at My Dollar Plan.

Thomas F. Scanlon presents 3 Proven Reasons You Should Be Prepared to File a Tax Extension This Year, posted at Borgida & Company, P.C.

Edgar examines the options for ways to spend your tax refund at It's Tax Refund Time, posted at Degrees and Debt.

And since I know you are dying of curiosity about the final three almost, sorta, nearly presidents, here they are:

During Andrew Johnson's impeachment trial, many of his opponents argued that he step down until the proceedings were finished. If that had happened, the job of running the country would have gone to the head of the Senate, Benjamin Franklin Wade. That didn't happen, but if it had, it would have been awkward. If Johnson had been found guilty, Wade would have taken over even though he was one of Johnson's trial judges. 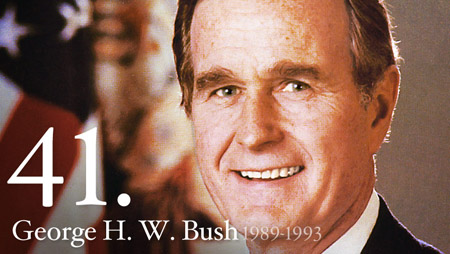 Although George H.W. Bush (above) eventually was elected as 41st president, he took the White House reins briefly when his boss, Ronald Reagan, underwent cancer surgery on July 13, 1985.

And finally we have former Vice President Dick Cheney. "President" Cheney jokes during George W. Bush's two terms aside, Cheney actually became official for a few hours when the 43rd president was under anesthesia for colonoscopies. The first time Cheney was president was from 7:09 a.m. to 9:24 a.m. on June 29, 2002. He again officially ran America from 7:16 a.m. until 9:91 a.m. on July 21, 2007.

Jon says the Guide To Calculating Cost Basis For Tax Savings and keeping track of your investments are critical in controlling your tax savings now and in the future. Details are posted at Novel Investor.

Jason Hull presents How to Think Intelligently About Taxes: An Interview With CPA and Author Mark Kohler. Among the topics discussed are strategies that ordinary investors and small business owners can use to help shelter income and avoid the new 3.8 percent Medicare tax. It's posted at Hull Financial Planning.

Jacob presents Tax Changes For 2013 And What They Mean To Your Finances, posted at My Personal Finance Journey.

Will looks into credit card programs, specifically Do You Have to Pay Taxes on Credit Card Rewards? The answer is posted at Card Guys Blog.

Michael has some advice for impatient taxpayers asking if they can File Taxes with Last Pay Stub? Find out why you might want to wait for the official document at Financial Ramblings.

Thanks to all the contributors and especially to all y'all for reading. The next carnival will be March 4. Be a part of that collection of tax posts (and tax-only items please; the guidelines page has details) by sending your item via the Carnival of Taxes submission page.

Or if you prefer email, send your tax blog item to me at taxcarnival @ gmail.com.