And the film tax credit goes to ...

As you watch tonight's Academy Awards ceremony, listen for the winners to thank lawmakers for tax breaks. 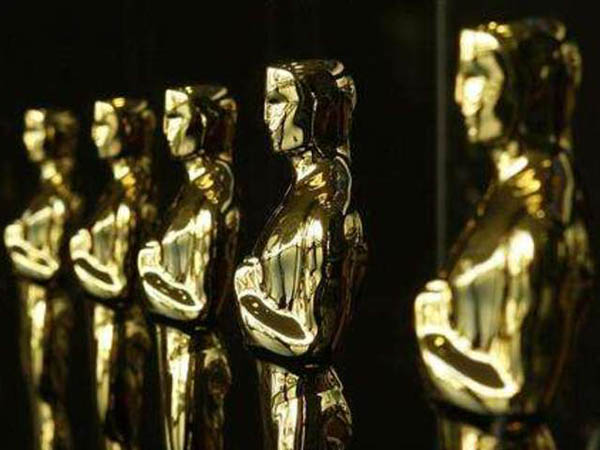 OK, it's not likely to happen, although 30 Rock's Tina Fey did just that a few years ago in accepting her NBC show's best comedy Emmy win.

Fey was being more than polite. She knew that her ratings-challenged sitcom needed every bit of help it could get.

The same is true every year for lots of television shows and movies.

Without tax breaks, many of this year's Oscar-nominated films would not have been made. Or at least they wouldn't have been made in the locations where they were filmed.

Each year states, or more accurately their taxpayers, spend an estimated $1.51 billion underwriting television and film projects, according to a new film subsidy report by the Government Accountability Institute (GAI), a nonprofit whose self-proclaimed mission is to expose misuse of taxpayer money.

That fact earns $1.51 billion this week's By the Numbers honor.

So which movies are already winners in this year's state film tax break awards? GAI says the 2013 Oscar nominees that collected state credits and other incentives are:

The situation was the same last year. Most of the 2012 Oscar nominees for best movie were made with help from state film tax credits.

Film tax break pros, cons: Why are taxpayers, regardless of whether they are film fanatics, ponying up billions every year to one of the richest industries in the country?

And why are they handing over the handouts at an economic time when most states, struggling to make budget numbers add up, are cutting programs (schools, public safety services) that directly affect their residents' daily lives?

Because, say Hollywood suits and state and local lawmakers, film subsidies boost job creation and state tourism. And if they don't offer them, then another state -- or country -- will.

Anecdotally, I know that here in Central Texas many folks in the local film industry have worked thanks to the public money. The wonderful Friday Night Lights television show continued to film in the Austin area largely because of tax benefits offered by the city of Austin.

But, say critics of the subsidies, the value of the tax breaks and the associated productions they attract are greatly over-rated. And since there is a limited amount of state dollars to go around, when some of it goes to filmmakers et al, it can't go to other services and projects that might just be as economically beneficial.

"There is no accounting for what else the state could be doing with those dollars to provide economic growth," Nicholas Johnson, vice president for state fiscal activity at the Center for Budget Policy and Priorities, a liberal think tank in Washington, D.C., told the Los Angeles Times.

Beyond the bottom line: In recent years, some states have balked at handing out big tax breaks to filmmakers.

But there's another intangible reason for the film and TV tax benefits. Flat out fandom.

I totally get that. From a star-struck gawker standpoint, it was always fun to see FNL's Coach Eric Taylor (Eric Chandler), his wife Tami (Connie Britton), Smash Williams (Gaius Charles) and Tim Riggins (Taylor Kitsch) at local Tex-Mex restaurants or other retailers when the day's filming wrapped.

Being a fanboy or girl on a larger scale probably has as much to do with the film and TV tax breaks as the economic factors. Let's face it, politicians like being courted and they love being courted by folks who are more famous than they are.

And by supporting the tax breaks, they just might get to spend some one-on-one time with real Hollywood stars.

Don't just take my word for it. The GAI report's official title is "Let the Credits Roll: Inside a Film Tax Credit System Built to Enrich Politicians, Lobbyists, Bureaucrats, and Other Insiders."

Behind the scenes: And some politicians who OK the tax breaks also get a lot more.

GAI says that many of the players in the film tax credit brokerage business are former state legislators, lobbyists, and film commission bureaucrats who are well-positioned to leverage their connections to turn a profit on the backs of taxpayers. Specifically, the group found that:

That's not unusual for lawmakers to leverage, as soon as they are allowed, their past public experiences in the private sector.

On one hand, it's no different than you or I building a resume via career contacts and networking.

But it is disconcerting when there's a possibility that legislation is designed primarily with a longer personal view for the bill's sponsors rather than because it will better provide for a state and its taxpayers' economic future.