How the heck did it get to be January 2013, and into the second week of the month at that?

Oh yeah, we all were preoccupied by the Congressional fiscal cliff near debacle. OK. Some folks think the deal that was struck, the American Taxpayer Relief Act of 2012, is itself a fiasco. We shall see. 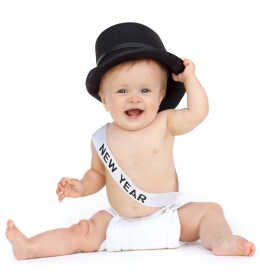 That may well be the theme of a future Tax Carnival. But now we're ringing in, albeit a bit belatedly, Happy Tax New Year 2013 in the 110th Tax Carnival.

And what better way to get it started than with some contributor examinations of the fiscal cliff legislation.

Neal Frankle says it's very possible that 2013 tax increases are coming your way. Details are in How Will the 2013 Tax Increases Impact You? It's posted at Wealth Pilgrim.

Glen Craig says that people think the fiscal cliff is about the wealthy and their taxes. Truth is the fiscal cliff affects those who aren't wealthy, especially the poor. Find out how in The Fiscal Cliff Doesn't Just Affect the Rich, posted Free From Broke.

While much attention has been on the new tax laws for 2013, several Tax Carnivalistas look at some perennial tax laws that will come into play in filing returns this year as well as in planning for 2013's taxes.

Michael Kitces notes that just in the nick of time, the IRS and Treasury issued rules updates and clarifications on the new Medicare taxes scheduled to begin in 2013. Thank goodness the highlights in IRS Issues Guidance For New 3.8% Medicare Tax On Net Investment Income are much less than the of the 100+ pages of new guidance! It's posted at Nerd's Eye View.

Super Saver has the scoop on How People Pay No Federal Income Tax. A quick preview: They generally get older, have kids, make less, go to college and claim miscellaneous credits or deductions, bug not necessarily in that order or in combination. Details are posted at My Wealth Builder.

Mrs. PoP takes a different approach, looking at why why itemizing tax deductions really isn't for everyone, even if you are a relatively high income earning homeowner with a mortgage presents. Details are in Why we don't itemize our taxes, posted at Planting Our Pennies.

Megan Russell must have known I'm a cat person, so she shared Financially Savvy Kittens on Gifts to Charity. It's posted at Kittenomics.

FMF notes that many people cite the tax advantages of real estate investing as one of the primary benefits. But while the tax benefits are real, says FMF, many people give them more weight than they are worth. Details are at Real Estate 101: Taxes, Free Money Finance.

Bill Smith recommends the Electronic Version Of Pub 17: Getting Cozy With The IRS if you're looking for a good collection of info about filing your federal return. It's posted at 2009 Tax.

A couple of contributors take looks at taxes and retirement.

Michael says whether you'll be able to deduct your IRA contributions depends on your income and whether or not you're covered by a retirement plan at work. He provides details in Are My IRA Contributions Tax Deductible? It's posted at Financial Ramblings.

Rohit says that converting to a Roth IRA is a very easy and simple process. Find out more in Roth IRA Conversion, posted at The Money Mail.

Bloggers from India and Canada offer their fellow taxpayers some tips.

Lubna Kably says, "Indian companies do profit from sale of carbon credits. A recent tax tribunal decision which holds that profit on such sales are capital receipts and not taxable as cheered many - even as the Doha rounds have been ticklish and not brought much cheer. Ideally, the Indian tax code should clarify that sale of carbon credits will not attract tax. Tax sops can help usher in a greener tomorrow." Details are in For a greener tomorrow, posted at Blog on Law Street.

Young offers advice on how Canadian filers can keep more tax money for yourself to invest instead of waiting for a check in the spring. Find out more in How To Use a T1213 Form – Money Now or Money Later?  It's posted at Young And Thrifty.

Finally, we return to the United States and taxes, or rather no taxes, here.

Kristen says if you're thinking about relocating, these States with No Income Tax are worth a look. Details are posted at My Dollar Plan.

And with that, we wrap up Tax Carnival #110: Happy Tax New Year 2013. Thanks to all the contributors and especially to all y'all for reading.

Now that we're in tax season, the Carnivals resume their every-other-week posting schedule. So we'll be back on Jan. 21.

Be a part of the continuing Tax Carnival fun by sending your tax posts (and tax-only items please; the guidelines page has details) via the Carnival of Taxes submission page.