Retirees who don't need all the money they've saved to live on (Call me, please; I'd love to hear how you do it.) can once again give some of their retirement account money to charity. 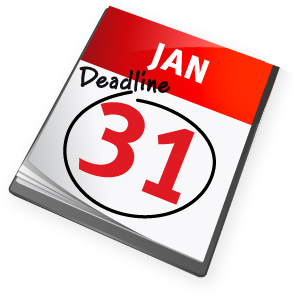 Before you send your emails about charitable giving, let me clarify. It's also a good time to elaborate on this option.

Philanthropic retirees have always been allowed to give to their favorite nonprofits. But now they can again do so via a direct transfer from their IRAs.

And if the account from which they are donating the money is a traditional IRA form which they must take an annual withdrawal, then the amount of the gift -- up to $100,000 -- that goes straight to charity won't count as taxable income for the IRA owner.

This option, known as the charitable IRA rollover, applies to account owners age 70½ or older who must take a specific withdrawal amount, known as a required minimum distribution or RMD, each year or face a stiff penalty for not doing so.

The charitable IRA rollover has been around since 2006, but is technically a temporary tax break. It has been extended every year or so by Congress. It actually expired on Dec. 31, 2011, but was renewed as part of the American Taxpayer Relief Act. That bill didn't become law until this Jan. 2, but its provisions were made retroactive to cover 2012.

That's all well and good except for that penalty mentioned a couple a paragraphs ago. If you fail to take your RMD you'll owe the Internal Revenue Service a penalty of 50 percent of what you should have withdrawn. If your RMD was $5,000 then your penalty for not taking it is $2,500.

Many traditional IRA owners got tired of waiting for Congress to act and, not wanting to face a tax penalty, went ahead and took their RMDs themselves. That meant they took money that they now will have to pay tax on at their ordinary income tax rates.

Now, however, they can erase that taxable income from the books. All they have to do is give the same amount of money they took as an RMD in December 2012 to a qualified charity by Jan. 31. That essentially turns the RMD into a qualified charitable distribution, or QCD. And that is a BFD.

Just take note of both dates.

The RMD must have been made in December 2012 and the charitable gift of that same amount must be made this month, January 2013, for the IRS to consider it an offsetting transaction.

But the special January 2013 RMD rule also can be used to get around that distribution amount limit, notes IRA expert Ed Slott. In an article for Investment News, Slott offers an example:

Mildred, 80, lives in New Jersey and has a $1 million traditional IRA. She would like to use as much of her IRA as possible to donate to charities involved in helping Hurricane Sandy victims without paying any tax. Mildred can make a $100,000 QCD by Jan. 31 and elects to treat it as being for 2012. She then makes another $100,000 QCD later in the year for 2013. Both QCDs would be tax-free and wouldn't increase her adjusted gross income for either last year or 2013.

Even folks who took a chance and didn't take their RMD last year, or in waiting for Congress to act weren't able to complete the withdrawal by year's end, can benefit.

As long as they directly transfer their 2012 RMD amount to a charity by Jan. 31, they will be deemed as having met last year's required withdrawal rule and won't face a penalty.

If you or someone you know can benefit from this one-month RMD recharacterization option, great. Just be sure to get to it quickly so that you don't miss next week's Jan. 31 deadline.

And, oh yeah, there's one more date to remember. The IRA charitable rollover option expires yet again on Dec. 31, 2013. So get ready for the possibility of going through all this again in 11 months.

The concluding comment "So get ready for the possibility of going through all this again in 11 months" should actually be 23 months (obviously a Congressional oversight to not hassle us for this year). As the current option covers the 2013 tax year (to be filed by 4/15/2014), we don't have to worry about until December 2014 (if Congress doesn't do something earlier) to cover the 2014 tax year.