A quick look at the fiscal cliff's H.R. 8,
the American Taxpayer Relief Act of 2012 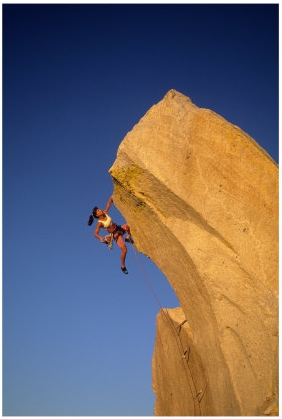 Early reports of what's in the Senate-approved fiscal cliff deal were pretty darn spot on.

The Senate took H.R. 8, the Republican sponsored and House-passed (by a 256-171 party-line vote on Aug. 1, 2012) measure to continue all the Bush tax cuts, thereby conforming to the constitutional requirement that tax legislation originate in the House, and amended -- or, more accurately, overwrote -- the bill.

Now we wait for the House to act. Vice President Joe Biden met with Democrats there this afternoon and judging by the  press conference that followed, most of them are on board.

The Republican House majority, however, is a different story. Many in that party are upset that there are no spending cuts included in the measure. They want to address that now, before the 112th Congress fades away and while they still have a bigger majority.

The 113th Congress that takes over on Jan. 3 has more Democrats in it; not enough to make a huge difference, but enough to prompt the GOP to try to leverage until the very last minute its current power base.

So the House is in recess until ... well, until enough members get over their snit fits and/or House Speaker John Boehner finds his ... well, you know.

Top 39.6 percent individual income tax rate
This would apply to single taxpayers earning more than $400,000 a year and married jointly filing couples making more than $450,000 annually. For everyone else who makes less than those thresholds, the Bush-era tax rates -- 10 percent, 15 percent, 25 percent, 28 percent, 33 percent and 35 percent -- will be the permanent individual income tax law of the land ... whatever permanent means to Congress.

But the fact that lawmakers even used the word permanent is amazing. Congress tends to like short-term deals with problems they can fix each election year or so.

We'll see how permanent these rates, if they are enacted, and other permanent provisions in the measure will actually be.

Reduction in exemptions, deductions
PEP and Pease would return for taxpayers who make more than $250,000 (single), $275,000 (head of household) and $300,000 (jointly filing couples). PEP is the personal exemption phaseout, which would reduce that amount for wealthier taxpayers by 2 percent. Pease is the 3 percent phaseout of itemized deductions, named after former Ohio Democratic Rep. Donald Pease who pushed for the law in 1990, for higher-income taxpayers.

Investment income taxes
The top tax rate on capital gains and qualified dividends would go to 20 percent for single taxpayers earning more than $400,000 a year and married jointly filing couples making more than $450,000 annually. For folks at the lower income levels, the top tax rate on these investment earnings would be 15 percent. Those in the 10 and 15 percent brackets would owe no capital gains taxes. Again, these are permanent.

Extenders
Here's the real fun. The expired tax provisions approved last summer by the Senate Finance Committee would be folded into ATRA 2012.

Also happy would be the folks who could again claim:

These and the business extenders, including the R&D credit, Section 179 expensing and bonus depreciation, would be extended retroactively for 2012 -- the devil would be in the details as to how this would work for people who made tax decisions by Dec. 31, 2012, that might have been different if this bill had passed last year -- and through the 2013 tax year.

Temporary extension of special tax provisions
Some key programs that were part of the 2009 Obama stimulus also were approved by the Senate for five more years, through the 2017 tax year. They are the American Opportunity education tax credit that replaced the Hope tax credit) and the expanded Earned Income Tax Credit (EITC).

And the tax credit for energy-efficient improvements made to existing homes would be resurrected through Dec. 31, 2013. Technically, that would make it applicable to 2012 tax years, so if you made such upgrades that qualify and you haven't met the lifetime limit, look into this on your 2012 taxes if this bill is eventually enacted.

Estate tax
The estate-tax exemption would remain at $5 million instead of dropping to $1 million. The tax rate, however, would go from 35 percent to 40 percent. This also is a permanent tax change.

Those are the high points.

So what will happen? Will the House decide to just man up and hold a vote? Or will they insist on amending the Senate amended H.R. 8? And if that happens, what would the Senate do? And is there time for the 112th Congress to accomplish this by Thursday morning?

I'm off to run a few errands. As I said a few days ago, that should prompt some movement on Capitol Hill.