The persistence of tax memory

This weekend I was sorting through some stories on the difficulty that Congress has in reaching an agreement on tax issues. I know, you wish you had my life, right?

Here are some headlines that caught my eye. 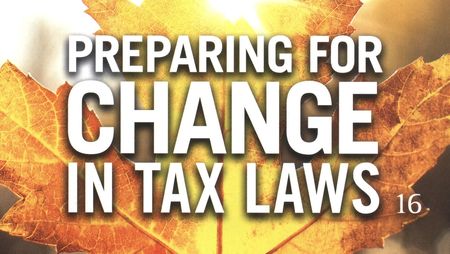 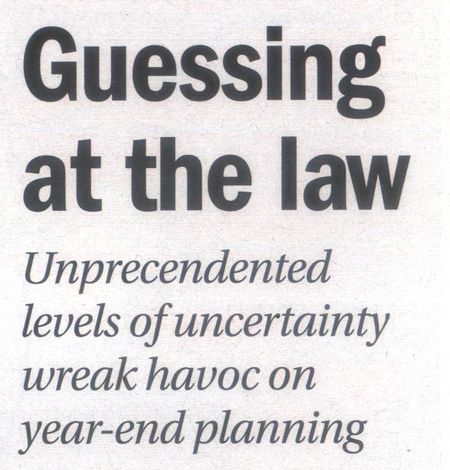 Now here's the really interesting thing. Only one of these five assessments of Congressional tax deliberations is from 2012.

Can you figure out which is the most current?

It's the fourth one, "Guessing at the law." That's the headline on a story in the September 2012 issue of Accounting Today about the trouble we're all having in trying to make year-end tax moves and plans for 2013 because of uncertainty about what we've come to know and love as the fiscal cliff.

All those old familar tax debate places: The first headline about tax reform, deficits and uncertainty is from a brochure for a National Tax Association (NTA) symposium on those issues held in May 2011.

You remember the lead into the summer of 2011. That's when Congress refused to deal with the debt ceiling until the very last moment.

And the solution Congress and President Obama reached, the creation of the bipartisan Congressional "super" committee and its subsequent failure to solve our never-ending tax and spending problems, is what's led to today's fiscal cliff concerns.

Headline two, "Planning Amid Political Ruins," is from a story in the Oct. 25, 2010, issue of Forbes magazine. The article by reporters Ashlea Ebeling and Janet Novack looked at what we taxpayers could do while awaiting final action that year on the expiring-for-the-first-time Bush-era tax laws.

Headline number three, "Preparing for Change in Tax Laws," is the cover of T. Rowe Price's September 2010 Investor magazine for clients. That article also was trying to make some educated guesses, and offer advice, in the unsettled tax times two years ago before Congress and Obama agreed (on Dec. 17, 2010) to extend the existing laws for another two years.

That's right. The deadline we're facing now has been two years in the making because back in 2010 our federal lawmakers wanted to ensure that they didn't have to make any hard tax choices until after the 2012 elections.

And the final headline, "Tax Policy in a Time of Gridlock," is another NTA conference announcement for an event back in May 2010.

My point, aside from the fact that I had a ginormous stack of tax publications piled up on my office floor (the recycling guys will not be happy with this week's pickup), is that the fiscal cliff stalemate is, sadly, not new.

That's part of the reason that I still have a tiny bit of faith that a deal will be struck before Dec. 31.

But I don't expect any agreement to be reached much before the last day of the year.