OK, it's an easy joke, but you knew it was coming.

It's also quite possible that Dec. 20, 2012, marks the beginning of the end of Rep. John Boehner as Speaker of the House of Representatives.

Last night, Boehner was unable to quell the rebellion among GOP conservatives and abandoned his alternative tax plan, deciding to not put it to a vote.

The so-called Plan B would have increased taxes on millionaires but permanently installed the lower Bush-era tax rates (and other provisions) for other taxpayers.

The Ohio Republican has had a tough time marshaling his troops after the 2010 midterm elections sent a determined core of conservative Tea Party Republicans to Capitol Hill.

After the GOP was unable to recapture the White House this year and lost seats in the House and Senate, there was speculation that a chastened GOP would close ranks.

Following Boehner's removal of several conservative Tea Partiers from plum committee positions following the 2012 election, the grumbling increased among that segment of the party.

It was obvious by the scheduling of an evening vote that Boehner knew it was going to be tough to get Plan B, which had already been taking hits on and off Capitol Hill, approved by a majority of his own party. The extra time before a vote is a sure indicator that more arm-twisting is necessary.

But it was still a shock that GOP hardliners were able to torpedo Boehner's alternative fiscal cliff plan. Although Plan B did get a nominal OK from no-tax pledge guru Grover Norquist, enough members of the Grand nO Party decided they just wouldn't go along with the tax hike on millionaires.

At least Boehner gets credit for being honest about the embarrassing situation in the brief statement he released:

"The House did not take up the tax measure today because it did not have sufficient support from our members to pass. Now it is up to the president to work with [Senate Majority Leader Harry] Reid on legislation to avert the fiscal cliff. The House has already passed legislation to stop all of the January 1 tax rate increases and replace the sequester with responsible spending cuts that will begin to address our nation's crippling debt. The Senate must now act."

Now look for conservative Republicans to make even more noise about challenging Boehner for the speakership when the new Congress convenes in January.

Even if Boehner does hang onto the top House post, he will still face the same divided Republican party.

While Democrats might enjoy some schadenfreude at that prospect, they shouldn't revel too much. The Republicans still contol the House and if Boehner or whoever takes over can't corral enough votes for measures that have a chance of making through the entire legislative process, then we're looking at two more painful and unproductive years.

"It's the continuing dumbing down of the Republican Party, and we are going to be seen, more and more, as a bunch of extremists that can't even get the majority of our own people to support the policies we're putting forward," said Rep. Steven LaTourette (R-Ohio), who's retiring at the end of this Congressional session.

And that's not good for Republicans, Democrats, Independents or the country. 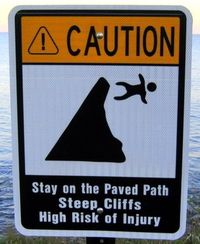 Next steps: So what about the fiscal cliff?

Boehner's statement makes it sound as if he's washed his hands of the mess. However, any agreement to stop tax increases and automatic spending cuts must get House approval, too.

It's possible that if lawmakers return post-Christmas, more moderate House Republicans and Democrats will be able to reach a consensus with the Senate and White House.

This time, though, be it the waning days of 2012 or early in 2013, Democrats are probably going to be more confident that Obama will hold a firmer negotiating line. The prez really needs to send the Tea Party a thank you note for saving him from making even more concessions that might have come if Plan B had been OK'ed.

And Boehner likely will work to help shape the eventual fiscal cliff deal.

While he's obviously suffered a political blow, he might just decide that he'd rather be part of a solution for the country as a whole rather than just be the babysitter of brats who don't want to play or work well with others.