Home Table of Contents Tax Tips Credits Deductions Refunds State Taxes Politics/Laws Tax Terms Archives
With the Mayan end of world threat over, it's time to focus on the fiscal cliff
A glimmer of hope for a fiscal cliff deal

It's always darkest before dawn. Personally, I think it's the darkest when it's dark. 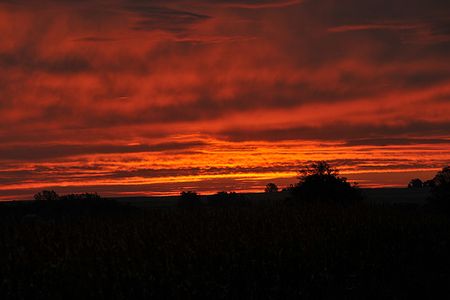 And things are pretty dark in Washington, D.C., right now when it comes to a fiscal cliff solution.

I'm not alone in my pessimism. A Gallup Poll conducted just days before Christmas found that Americans' optimism that a budget agreement will be reached before Jan. 1 has waned.

Half of the poll respondents now believe a fiscal cliff solution is near, with 48 percent doubtful. That's a drop from the previous three weeks, when the solid majority of Americans were generally confident that their leaders would reach a deal to avert the impending financial collision of expiring tax rates and steep budget cuts.

Even the upper chamber's leader is bummed. Earlier today, Senate Majority Leader Harry Reid (D-Nev.) said it is likely too late for Congress to pull the nation back from the fiscal cliff.

But if you're living in the moment as lifestyle gurus tell us, you probably are as worried as I am about all the tax laws that expired at the end of 2011.

Known as the extenders because they generally are extended a year or two at a time, these tax provisions are what matter to the 2012 tax returns that we must file by April 15 next year.

And most tax actions affecting those coming returns must be made by Dec. 31.

I know I've mentioned these before, but here's a closer look at exactly what they mean to taxpayers in a couple of situations.

RMD charity rollover on hold: Most folks who are 70½ or older in 2012 must take a required minimum distribution, or RMD, from tax-deferred traditional IRAs or workplace 401(k)s by the end of the calendar year or face a stiff penalty for not doing so.

Some RMD-affected taxpayers have been waiting to take the money out in hopes that Congress would reinstate the direct-to-charity rollover option for the 2012 tax year.

In these cases, folks who don't need their retirement plan money to live on can have their RMD amount sent directly to their favorite charity. They don't get a tax deduction for the gift, but neither do they have to include the RMD money as taxable income since they never touched the distribution.

But time is rapidly running out for folks to do that.

When we went through this almost identical situation in December 2010, RMD rollover folks got a bit of a reprieve.

Back then, the Tax Relief, Unemployment Insurance Reauthorization, and Job Creation Act of 2010 was signed into law on Dec. 17 of that year. Given the lateness of the law's enactment, the Internal Revenue Service issued a rule about RMD rollovers, allowing direct distributions to be made through January 2011 but count toward the 2010 tax year.

I know some folks who are hoping for not only the continuation of the RMD rollover, but also a similar extension.

I also know most tax professionals are advising their RMD clients not to push their luck. The penalty for not taking a required distribution is 50 percent of what you were supposed to withdraw.

State sales tax deduction pending, too: Similarly, the state and local sales tax deduction is not in effect for the 2012 tax year … yet. This primarily affects folks in states with no income tax, but two big states, Texas and Florida, are on that list.

And while most folks tend to use the tables that the IRS creates for sales tax deductions, you can also add to those amounts the sales tax on some large purchases, such as a new vehicle.

So folks thinking of buying a car in 2012 are hoping this deduction is reauthorized for 2012 so the deal they made on their new vehicle will pay off on their tax returns, too.

Yes, the number of taxpayers affected by these still outstanding tax breaks is not large. But then, relatively speaking, the number of millionaires who would have seen higher taxes under House Speaker Boehner's Plan B wasn't a lot either and the House, or at least the GOP, took them into consideration.

The expired tax extenders, both for individuals and businesses, as well as the alternative minimum tax, affect plenty of other taxpayers. Members of Congress need to realize that these folks who are going to face filing delays and possibly higher 2012 tax bills represent voters who, in a tight election could make a difference.

Since politics seem to be playing such a big part in the fiscal cliff debate, I just thought I'd mention that.

So lawmakers need to look at not only the 2013 implications of their fiscal cliff legislative tardiness, but also what their screwing around is going to mean for folks filing 1040s in a couple of weeks.

And to paraphrase and mix a couple of other clichés, instead of cursing the Capitol Hill darkness let's all light a fire under our Senators and Representatives to encourage them to get a tax and fiscal cliff deal done.

The government should read this. Well, of course they already know it but they need a reminder. There are still lots of tax rules and regulations in 2012 that still need reviews, amendments and all.

Pacioli, I did mention it. The AMT link in the post goes to my other tax blog at Bankrate that elaborates on the pending AMT issue. With 70+/- extenders out there, I just picked a couple on which I've been getting recent inquiries.

How could you do a post with this title and NOT mention the AMT?