But that's still plenty of time to pay heed to Blitzen's tax advice: Convert your traditional IRA to a Roth account. 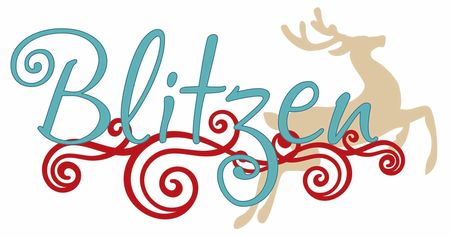 This eighth Reindeer Year-end Tax Games Tip of 2012 from Santa's lightning fast sleighmate is especially critical if you think you'll be in a higher tax bracket in the future.

Your tax rate in the coming years matters if you have a traditional IRA because you'll owe tax on those retirement distributions at your ordinary income rate.

That's right. Traditional IRA withdrawals are taxed at regular tax rates, not the lower (for now!) long-term capital gains tax rate, even though you've held onto the money for years and it's been growing tax-deferred in, for most folks, an investment account.

With a Roth IRA, however, you pay tax on your money before you put it into that retirement vehicle.

That tax prepayment means your don't owe Uncle Sam any tax when you start pulling out Roth cash as long as you're at least 59½ and have had the account for at least five years.

And the possibility of eventually taking out IRA money tax free prompts many folks every year to convert their traditional IRAs to Roths.

Paying now instead of later: Of course, when you do convert, you must pay taxes on any pretax contributions and earnings in your traditional IRA.


But making the switch in 2012 could be advantageous, particularly for higher income earners, for a couple of reasons.

First, right now tax rates top out at 35 percent. The maximum individual tax rate in 2013 and for the next few years at least is likely to be higher than that.

And second, in 2013 wealthier folks are going to see a 3.8 percent surtax tacked on to their unearned income.

The surtax won't apply to any converted IRA amounts. But the distributions that you are moving to a Roth will count toward your MAGI. If you have substantial pretax IRA contributions and sizeable earnings, your converted money could push you into the 3.8 percent surtax range.

You'll need to run the numbers to see if converting a traditional IRA to a Roth is worthwhile for you, as well as make an educated assessment of what you think your future tax rate might be. But it's an exercise worth undertaking by Dec. 31.