Many companies paying dividends early; Be sure to plan for taxes on the income

Do you own stock or mutual funds that pay dividends?

It doesn't matter whether you're getting the earnings as cash or having the money reinvested in your holdings (the hubby and I are big dividend reinvestment program, or DRIP, fans), you're going to owe taxes on that unearned income.

The only consolation is that for the most part it's taxed as long-term capital gains. And as we've all been reminded repeatedly during the fiscal cliff debates, that tax rate -- 15 percent for folks in the current top four income tax brackets; no tax at all for those in the 10 percent or 15 percent brackets -- usually is substantially lower than our ordinary income tax rates.

But, as we've also been reminded repeatedly during the fiscal cliff debates, if no deal is struck, taxes on all dividends will go back to being taxed as ordinary income. 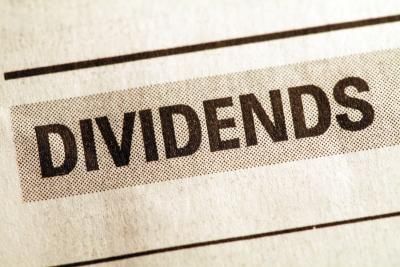 If Obama gets his way and the top income tax rate goes to 39.6 percent, that's what higher-income investors will be paying on their dividend earnings.

Short-circuiting the increase: More than 100 companies reportedly are issuing dividends early, that is by the end of this year, so that their shareholders will get to pay 2012's lower tax rates on the investments.

That's good news on one hand for taxpayers and it helps them follow a couple of the most common pieces of 2012 year-end tax planning advice: accelerate income and take capital gains.

Those recommendations are starting to look wiser, as it appears that cracks are forming in the Republican opposition to tax hikes. But we are talking Congress, so things could change tomorrow ... and then again on Friday and yet again next week.

Still, a lot of investors aren't taking chances. They're selling appreciated assets to lock in the 15 percent tax rate.

And this move to issue dividends before Dec. 31 will help ensure that they pay no more than that rate on those earnings, too.

Account for earnings in estimated taxes: But investors have one more tax task to consider. Be sure you account for these added capital gains and dividend payouts via estimated taxes -- they count toward the fourth and final 1040ES that's due on Jan. 15, 2013 -- or increased payroll withholding before the year ends.

I speak from personal experience. One year the hubby and I had some very nice earnings from our investments via capital gain distributions and dividends. But we were so busy enjoying the windfall, we forgot about the tax cost.

When we filed our tax return the next spring, we ended up owing more than we expected, including a penalty for underpayment that year.

So ever since, I've either bulked up the four equal estimated tax payments we make each year to account for good investment years. Or I've paid the estimated taxes based on our untaxed actual earnings each quarter.

Yes, it's a bit of a pain. But it sure helps us at 1040 filing time when we don't have to write the U.S. Treasury a bigger than expected check.