What happens if the electoral vote is tied?

The presidential race is tight. Basically a toss-up.

But thanks to the electoral college, both Barack Obama and Mitt Romney are concentrating on just a handful of states.

That means the hubby and I aren't subjected to all the campaign television ads. That's good.

But what's bad is that we feel like our votes don't really matter, that we're hostage to voters in those few states that could help Obama or Romney reach the magic 270 electoral votes.

And where do these coveted voters live?

We've all see the maps with varying shades of red, pink, navy, teal and gold.

But because the total number of electoral votes is 538, an even number, there's a possibility that the final tally could be 269 to 269. It's not likely to happen, but it could.

What then? This video explains the process to pick our president (and separately, our vice president) if the electoral college is tied: 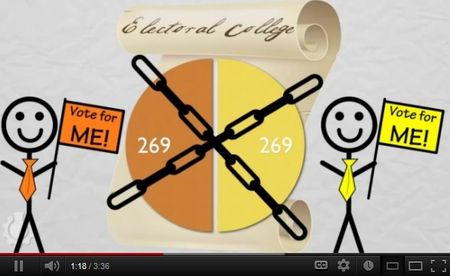 Steve Kornacki, one of the hosts of MSNBC's The Cycle (yes, I plugged the undecided voter commentary from the program just a couple of days ago; hey, I like the show), "really, really" doesn't like the electoral college.

Kornacki thinks it's time to do away with the antiquated election system and let the candidate who gets the most votes -- "the most real votes, not the most electoral votes" -- move into the White House.

Visit NBCNews.com for breaking news, world news, and news about the economy

"As we know from history," says the Comedy Central faux political pundit, "the rules clearly dictate that in the event of a tie, our next president will be George W. Bush." 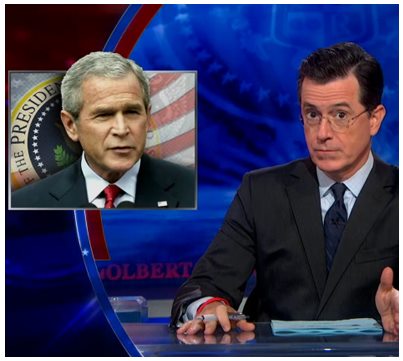 If you don't want Dubya back, vote, regardless of how many electoral votes your state has.