OK, I know what you're thinking. 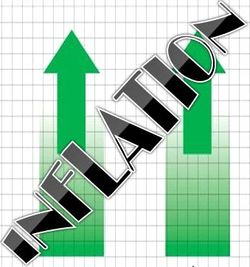 I complained last weekend about how Congressional procrastination on tax legislation is causing problems for the Internal Revenue Service -- and ultimately for us taxpayers -- when it comes inflation adjustments.

Then I turn around and blog a few days later about how some tax items, such as the kiddie tax and gift exclusion amounts, were tweaked for inflation for the coming tax year.

In my and the IRS' defense, we just work with what we've got. And the fact remains that Congress is making it very hard for us when it comes to comprehensive tax planning for the end of this year as well as for 2013's taxes.

But thankfully the tax laws that affect retirement plans are not subject -- at the moment -- to Congressional whim or its sloppy job performance.

So the IRS was able to make inflation-based adjustments to the tax-related components of retirement plans.

Here are some highlights of changes for 2013.

Here you get to put money into the account via automatic deposits from your pay before your payroll and income taxes are computed. That saves you a few tax dollars.

Some employers match at least a portion of employee contributions.

And the money grows tax-deferred until you take it out, as early as age 59½ or as required minimum distributions (RMDs) starting at age 70½.

Remember, though, that when you withdraw money from a tax-deferred retirement plan, it's taxed at your ordinary income tax rate.

But don't let future taxes dissuade you from saving for your post-work life while you're at work now.

The catch-up provision that allows workers age 50 or older to add even more stays the same for 2013: $5,500. So a worker who's closer to retirement can contribute next year up to $23,000 to his or her workplace plan.

OK, that's a lot of money, and you can't really afford to take that much out of your pay to put toward retirement. You are, after all, trying to live in the here and now.

That's cool. Contribute what you can, and try to put in at least as much as your employer will match.

IRA contributions: You also can put money into an individual retirement account, either a traditional IRA or a Roth account.

A traditional IRA might provide you a tax deduction for the year in which you contribute. A Roth isn't deductible, but when you take the money from this account in retirement you won't owe any taxes.

There are some changes in amounts related to IRAs for 2013.

You can contribute $500 more to both traditional and Roth IRAs next year. That increase puts the limit for both types of accounts in 2013 at $5,500.

Traditional IRA deductions: A traditional IRA is still popular for some folks because you have the chance to deduct your contribution as an above-the-line deduction on Form 1040 or 1040A.

The good news is that you can make a bit more money in 2013 and take advantage of a traditional IRA.

Next year you can claim at least a partial deduction if, as a single or head-of-household filer, your earnings are between $59,000 and $69,000. This bump means that in 2013 you can make $1,000 more than you earned last year and still get some tax deduction for your traditional IRA contribution.

Married couples filing jointly where the spouse putting money in the IRA contribution is covered by a workplace retirement plan don't see the deduction phase out until their joint AGI is in the $95,000 to $115,000 range. That's $3,000 more than in 2012.

Roth earning limits: Roth IRAs have overtaken traditional IRAs as the favorite individual retirement plan. The reason is simple. While you pay taxes on the money you put into a Roth and you can't deduct the contributions, when you take out money in retirement you owe no tax at all on it.

But Roth contributions also are limited by income. There's good news here, too. Those earning levels are increased for 2013.

For a married person filing a separate return and who is covered by a retirement plan at work, the phase-out range remains $0 to $10,000.

If you make more than the top earnings amount for your filing status, you can't contribute at all to a Roth.

Remember, you still can roll over money from a traditional IRA to a Roth regardless of your AGI. But you'll owe taxes on converted amounts.

Here you get a credit -- which is a dollar-for-dollar reduction of your tax liability -- of up to $1,000 for putting money into a retirement account.

This is a rare doubling up on tax breaks. You get tax benefits for making a 401(k) or IRA contribution and then you get a credit for planning for your golden years. Sweet!

But there is limit on just who can claim the credit. It is based on your filing status and your AGI.

For 2013, you can make a bit more and still claim the credit. The earnings limits for the saver's credit next year are:

If you qualify, definitely contribute to a retirement account next year and then claim your saver's credit on your 2013 return.