A lot of taxpayers depend on tax breaks that are no longer in the tax code. But they're hopeful that Congress will reinstate them soon after they get back to work in mid-November.

These technically temporary tax provisions expire and then are renewed, or extended, for another year or two. Because Representatives and Senators often wait so late in the legislative year to take action, the tax breaks often are retroactive.

This process has led to these tax laws being known as extenders, although some tax wags have dubbed them expirers because in recent years that's what happens before they are reauthorized. 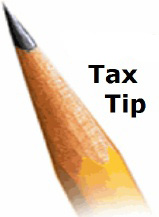 Whatever you call them, they are this week's (OK, I'm late; last week's) Weekly Tax Tip.

Among the popular individual extenders are:

Before the Senate left town last month, its Finance Committee OK'ed many of these extenders.

The House has yet to act on them, although the Ways and Means Committee did hold a hearing on the topic, focusing mainly on expired business tax breaks, earlier this year.

Some Representatives, however, wanted to make it clear to their constituents that they support some of the now-dead tax provisions. And they wanted their positions known before folks headed to the polls next month.

So this bipartisan group of lawmakers sent a letter to Ways and Means Chairman Dave Camp (R-Mich.) and ranking member Sander Levin (D-Mich.) asking that the state and local sales tax deduction be included in any tax extenders package considered during the upcoming lame-duck session of Congress.

"The sales tax deduction saves taxpayers in our states millions of dollars per year and is a vital component of our states' economies, spurring growth and creating jobs," said Rep. Kevin Brady (R-Texas) and Rep. Jim McDermott (D-Wash.), who initiated the letter.

Their states are among the seven -- Texas, Washington, Nevada, Florida, South Dakota, Wyoming and Alaska -- that don't levy income tax on their residents' wages. Tennessee and New Hampshire don't tax wages, but do tax dividend and interest income.

The itemized deduction for state and local income taxes is a long-standing individual tax break that doesn't have to be regulalrly renewed.

"Allowing individuals who live in no-income-tax locales to deduct their sales taxes instead is only fair," argue the Congressmen. Sixty-two of their colleagues from both parties joined Brady and McDermott in signing the letter.

I'm confident in predicting that this tax deduction will be renewed for 2012 retroactively and 2013. But I'm not sure that it will happen in the lame-duck session.

So if you live in one of the no-income-tax states and usually claim your sales taxes on Schedule A, I recommend you hold off filing 2012 taxes when next year rolls around. There likely will be some tax breaks you can use that will be late in showing up in the tax code and your tax software.