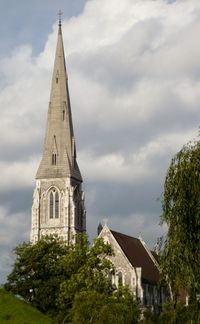 I'm not a church-going gal, much to my mother's chagrin, but I know that a minister's (or priest's or rabbi's) job is not easy.

Father Niles, the Episcopalian priest who officiated when the hubby and I got married, had to travel several hundred miles to make our union legal in the eyes of man and God.

But he did so because his faithful congregant, my father-in-law, thought our private-residence rite needed a touch of spirituality.

So even though I'm not in a church on Sundays, I know that many folks are at weekly (and more) services and that their preachers do good jobs for them.

Clergy tax issues: In my purely secular life as a tax geek, I also know there are many tax rules created especially for preachers.

One of those special tax laws is the parsonage allowance, an amount designated by a church for its clergy to cover the expenses of providing and maintaining a home.

A parsonage allowance is excluded from the minister's gross income for federal (and usually state) income tax purposes.

The housing money is counted, though, when the preacher, who is generally treated as contracting his or her services to the church, calculates self-employment tax.

The parsonage allowance is covered in Section 107 of the Internal Revenue Code. And that's this Sunday's By the Numbers figure. 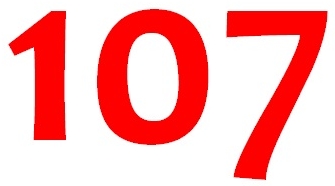 The CPA Journal notes that this tax-free housing benefit for a "minister of the gospel" applies in two situations:

Going to court: The Madison, Wisc.-based Freedom From Religion Foundation (FFRF) wants a federal court to strike down tax-free housing for pastors.

And a federal judge in Wisconsin recently ruled that the nonprofit FFRF has standing to sue the government over the religion-based housing allowance.

The group first filed suit against the parsonage allowance in 2010 in California. It dropped that legal action out of concerns that it lacked standing, or the legal right to initiate a lawsuit, in that state and refiled last year in FFRF's home state of Wisconsin.

In late August, a federal judge ruled that the group does standing to go ahead with the Wisconsin filing.

Leaders of other nonprofits can't get that same break, says Gaylor, so that means the government is showing favoritism to religion.

But, says Rev. Tom Crow, ministers are considered to be self-employed, even though they get a church salary. So they pay federal income tax and self-employment tax.

Sometimes though it is a definite advantage. Last year, the U.S. Tax Court decided in one case that a minister could have multiple tax-free houses.

We'll see if a federal district court decides it's time for that clergyman and his brethren to bear more of the costs of their homes.

Pulpit Freedom day: Today some ministers are will willfully break the tax law.

They're participating in Pulpit Freedom Sunday, where pastors deliver blatantly political messages from their pulpits in knowing violation of the Johnson Amendment, enacted in 1954 and which prohibits churches from endorsing -- or opposing -- political candidates.

The ministers and their supporters say it's a pastor's job -- and First Amendment right -- to decide what goes in a sermon.

But the Internal Revenue Service and groups that support separation of church and state say that this issue is clear under the Johnson Amendment. As long as a church is receiving tax-exempt status from the federal government, it cannot intervene in "any political campaign on behalf of (or in opposition to) any candidate for elective public office."

Clergy in around 1,400 churches were expected to violate the law today. If that estimate holds, that's a substantial increase over previous year's preaching protests.

Ministers have been holding this special sermon Sunday for years without any consequences primarily because the IRS doesn't have the resources, either financial or personnel, to take action against the law-breaking religious leaders.

The IRS also is not eager to give the protesting churches what they want -- a tax prosecution case they can take to court to test the Johnson Amendment's constitutionality.

A courtroom win would let clergy pontificate at will on political topics. A ruling the other way would mean churches could lose beneficial 501(c)3 tax filing status.

Uncle Sam's tax collection agency, however, has enough other items on its plate without spending time and limited money on this matter. So it's been ignoring the political sermons for years.

Eventually, though, this issue will make it into the legal system.

Until then, if y'all are members of certain congregations, be prepared to hear more campaign litany than the Lord's words on these specific Sundays.