Willkommen, y'all, to the annual meeting of taxes and one of the best beer drinking, German cuisine eating and oompah band playing traditions in the world. 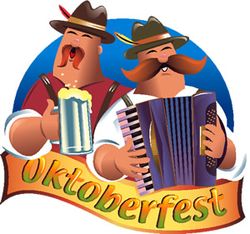 I don't know about you, but I am definitely ready to get this party started, so let's get right to it, starting with a toast to a way that taxes can keep us sharp.

Super Saver recently finished 2011 tax filing and realized there may be a health benefit in grinding out a tax return by hand. Find out the specifics in One Way I Will Fight Alzheimer's, posted at My Wealth Builder.

For inveterate tax planners, several TaxtoberFest participants have some tips.

Neal Frankle says if you're considering transferring assets to someone or are interested in significantly reducing your taxable estate, you should know what the gift tax is. He provides the information at What is the Gift Tax? How Does it Work? It's posted at Wealth Pilgrim.

Harry Sit has some suggestions for college seniors and new graduates in How to Save $4,000 in Your Graduation Year — Part 1: Taxes, posted at The Finance Buff.

While the final 2011 tax filing deadline is bearing down on U.S. taxpayers, TaxtoberFest is well aware that taxes are of global concern.

David de Souza has information for United Kingdom taxpayers, a look at which areas of the country receive the most tax credits. Hint: London is at the top of the table at over 5,200 pounds. Find more at Tax Credits Compared around the UK, posted at TaxCredits.net.

Edward Webber says if Americans think we're paying a high amount of tax, we should compare the tax rates of some of the other countries in the world. He presents an interactive map to do just that at Which Countries Have The Highest Tax Rates? It's posted at TaxFix.

A couple of TaxtoberFest visitors take a look at retirement tax issues.

Darwin notes that 401(k) plans have had their fair share of criticism over the years, but says there's much to recommend these plans, from tax breaks to company matches to the latest federal rules to deal with fees. Details are found at The 401(k) is a Beautiful Thing So Stop Bashing It, posted at Darwin's Money.

Impending tax changes are on the minds of several contributors this month.

John notes that the mortgage forgiveness tax break is set to expire at the end of this year. Will this law that offers some relief for those unable to make payments or in possession of a property with diminished value be extended? Get John's thoughts at Is Mortgage Tax Relief On Its Way Out? It's posted at Wallet Blog. 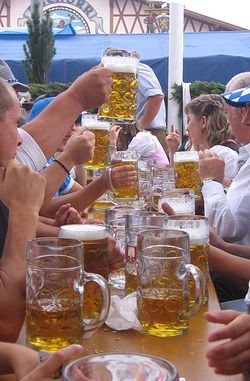 Dan says companies are issuing special dividends like gangbusters in advance of the fiscal cliff since dividend rates are set to increase substantially. Details on some of the payouts are in Special Dividends to Spike Prior to Fiscal Cliff, posted at High Yield Edge.

Robert D Flach colorfully expresses what all us who follow (and have to pay) taxes think about Congressional inaction on expired and/or expiring tax legislation in What To Do? It's posted at The Wandering Tax Pro.

Another contributor looks at some election prompted tax talk.

Tax evasion is always a popular topic, especially when the discussion is fueled by TaxtoberFest brews.

Odysseas wonders whether the United States could be withholding information about bank accounts held by foreign nationals. He looks at the issue in Does the US Aid Foreign Tax Evaders? It's posted at Wallet Blog.

Michael, inspired by the $104 million payout to a former Swiss banker who turned in a bunch of tax cheats, presents IRS Whistleblower Program: Who Qualifies and How it Works. It's posted at Financial Ramblings.

And finally we have an exercise to tune up any brain cells not killed by beer.

Thanks to all the contributors and especially to all y'all for reading. We'll be back with the next edition on Nov. 5.

Be a part of that pre-election Carnival of Taxes by sending your tax posts (and tax-only items please; the guidelines page has details) via the Carnival of Taxes submission page. (Note the new look: The Blog Carnivals website is under new management, a group of folks based in suburban Houston.)

Now go and enjoy yourself a bier or cerveza or other libation to celebrate the season!