Her Majesty's Revenue and Customs (HMRC), the United Kingdom's equivalent of the Internal Revenue Service, wants to embarrass folks who are utilizing (or utilising if you use England's spelling) very aggressive tax shelters into paying more.

The idea was sparked by revelations that many of wealthy U.K. residents are using tax loopholes to legally avoid paying HMRC. One estimate is that the country has missed out on up to 14 percent -- or around £5 billion; that's more than $7.7 billion in U.S. currency -- in uncollected taxes. 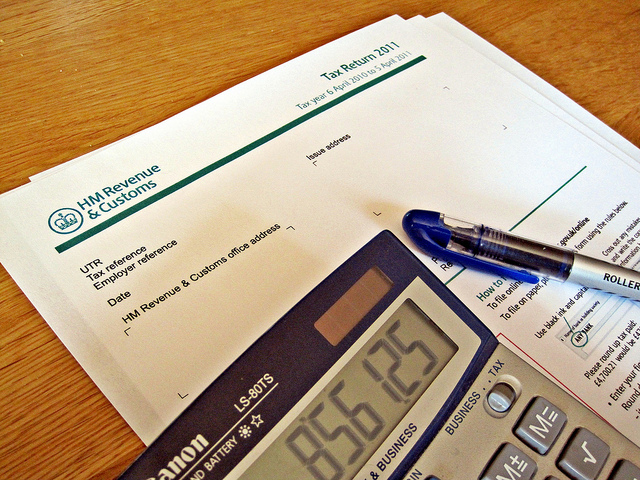 "At a time of economic difficulty, when tough decisions have to be made on public spending and when the burden of taxation remains high, there is little sympathy for those who do not make their full contribution," said Exchequer Secretary David Gauke, the U.K.'s counterpart to U.S. Treasury Secretary Timothy Geithner. "For those who work hard and pay their taxes, it is galling to see others shirk their responsibilities on either front."

Types of tax shelters: The tax-saving plans that will be targeted under the name-and-shame plan are complicated, aggressive and used by celebrities -- the admission of popular U.K. comedian Jimmie Carr that he put his money into a New Jersey (yes, the Garden State; we are offshore for the rest of the world) tax shelter known as K2 prompted this tax brouhaha -- and yes, even some government leaders.

K2 is a legal tax maneuver that allows its members to as little as 1 percent annually in income tax by channeling earnings into a company that gives the taxpayer so-called loans that are not subject to tax. Carr has since taken his money out of the shelter.

Under HMRC's proposed plan to counter K2 and other questionable tax shelters, U.K. promoters of such tax avoidance schemes will be required to hand over their customer databases to government inspectors.

That information then will be used to formally warn clients about the possible taxes they will owe if the tax plans fail.

Similar to IRS effort: So the U.K. is going to get the names of citizens who aren't breaking any tax law from their previously confidential tax advisers and alert said tax-saving citizens of the moral ambiguity of not paying more taxes.

I'm not sure that will work, but it does sound vaguely familiar.

The IRS has been going after American taxpayers' offshore holdings for years, specifically targeting the Swiss banking system and currently offering a third foreign account tax amnesty, or as the agency prefers tot call it, offshore voluntary disclosure program.

In the American case, such reporting of foreign accounts already is required. If account owners don't comply, they face heavy financial penalties and possible criminal prosecution.

So far, IRS the efforts have brought Uncle Sam an additional $5 billion in taxes and penalties on previously hidden offshore cash.

Will a somewhat similar tracking counterpart of foreign accounts work across the pond? Some think it will.

"The best way of conducting tax policy is that individuals should feel a sense of compunction about paying a fair share," said The Times of London in a recent editorial supporting the name-and-shame tax collection approach. "The beneficiaries of avoidance know that a tax bill of lower than 10 per cent of income is cheating, even though it may be perfectly legal."

The newspaper's attitude won't set so well here in America, where even the IRS tells us taxpayers that we should take every legal tax break for which we're eligible.

That's why the IRS had to offer the carrot of no criminal charges for not paying previously due taxes to get amnesty participants.

I think we should try praise. The President should invite the top 100 indivdual taxpayers to dinner at the White House.